The Trellis for Lunch~~~~ 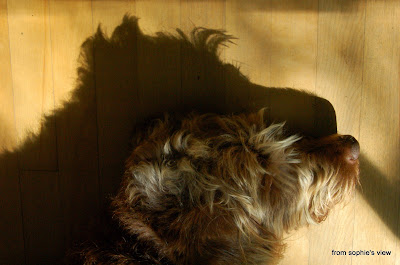 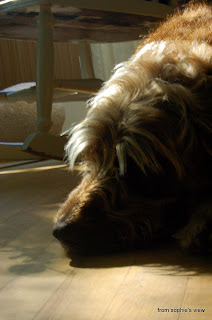 "Snoozeland" is where my head was this morning when from out of nowhere I heard..."Let's go to The Trellis for lunch, Sophie. Are you game?" Hello...Did anyone ever hear me say "no" to anything? I don't think so. The reason being is that I knew where The Trellis Restaurant was located, not far from a few beaches on the South Shore. Swimming is definitely on the agenda for today...! 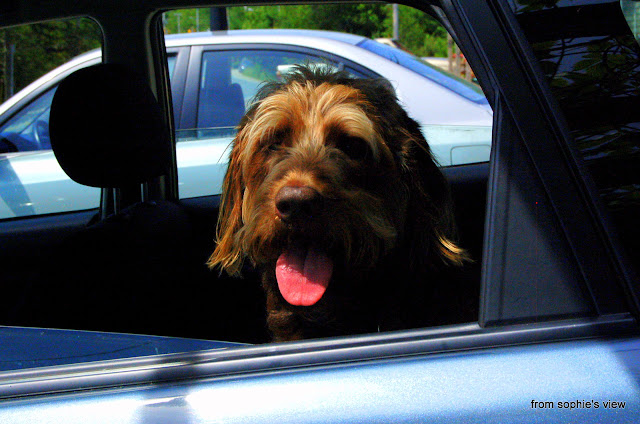 Hi..I'm in the car waiting...Is this a sign of being too eager?

We arrived in relatively good time because the tourist season isn't quite in full swing and the children aren't out of school until June 30....so there were no families on the road adding to the car numbers.

Hey Jim...it's me...don't you remember me...your cute little doodle?!
What's with the looking straight ahead and ignoring me? 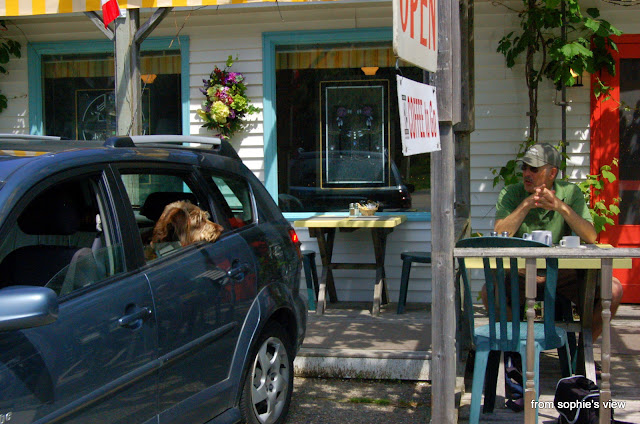 So...you do see me...don't you think it's cool where the car was parked..so nice and close! 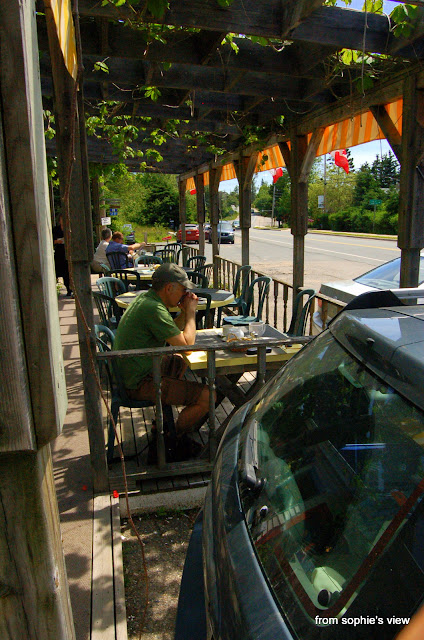 Is Jim saying grace or just trying to hold his head up?
I don't know. 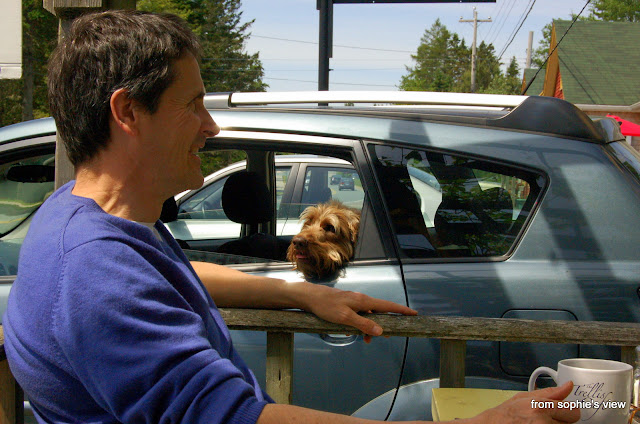 Ron and I had a great chat about the trip while he sucked back his java.
Psst...hey Ron...don't you think it's time for a haircut...looking kind of shaggy! wink wink 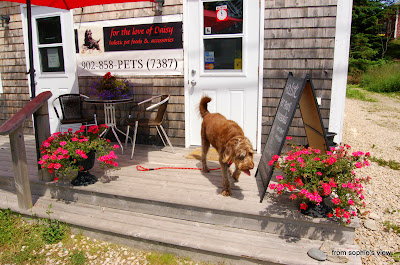 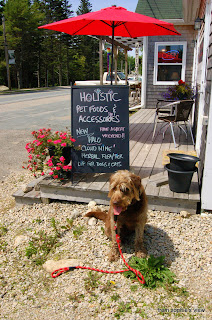 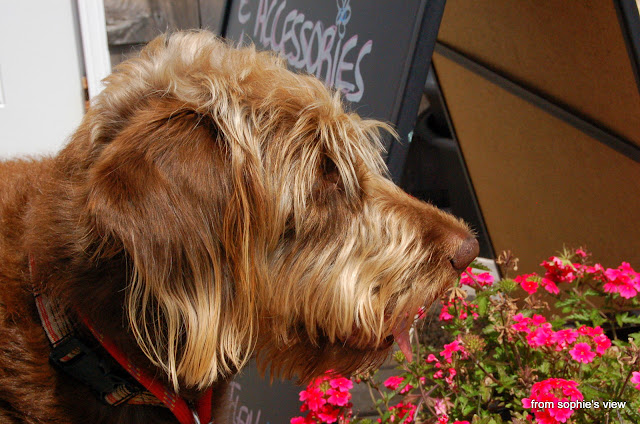 This shop called 'For The Love of Daisy' was next door. It's a holistic shop for pooches and kitties. The last time I visited here I went inside and sniffed pretty much everything. The lady owner and dog friend were on a break today, so all I had a chance to sniff were the flowers. I do enjoy colourful posies. 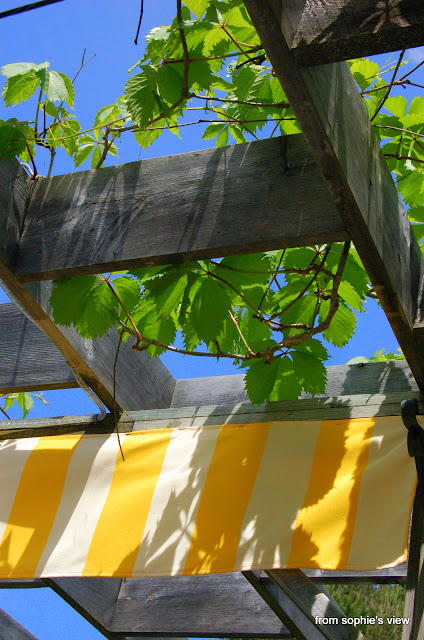 The Trellis Restaurant is quite enjoyable especially in the summer with the outdoor patio.
Now that we have finished lunch we are heading down the road for a swim.
Drop by my next post and you'll see what I discovered and who I played with.
Next time....!

Posted by fromsophiesview at 7:56 AM