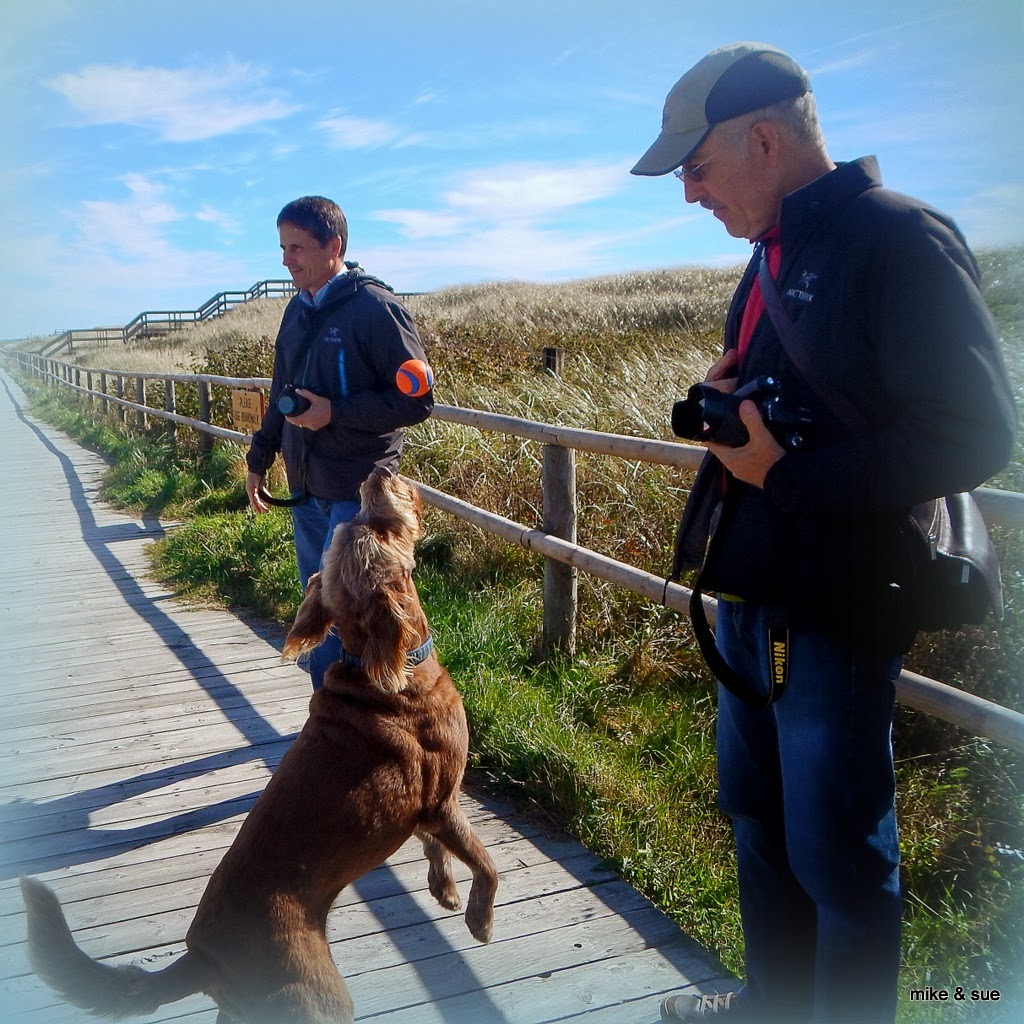 Mike & Susan
came to visit a couple weeks ago
^click^
I showed them how I could levitate Mr. Orangie
while I stood on 2 legs.
Cool, eh ! 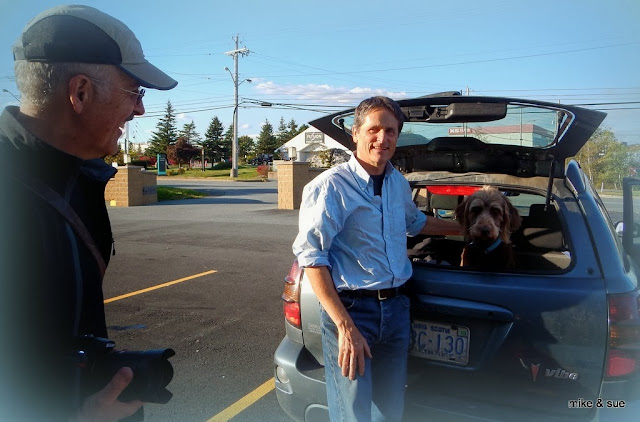 I also showed them that "TAILGATE PARTIES"
can be set up anywhere
even if there isn't a party. 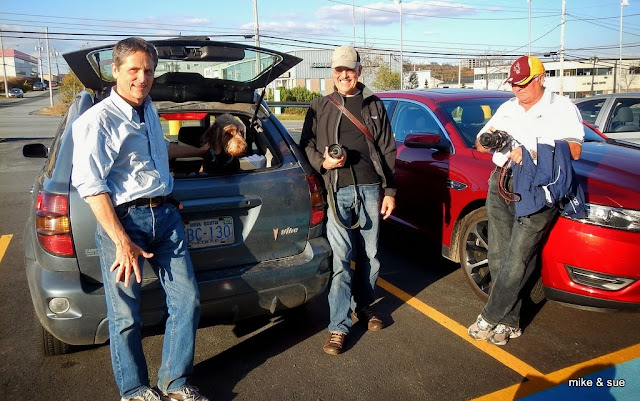 Apparently, Ron does weird things with his right hand fingers.
Look at them! 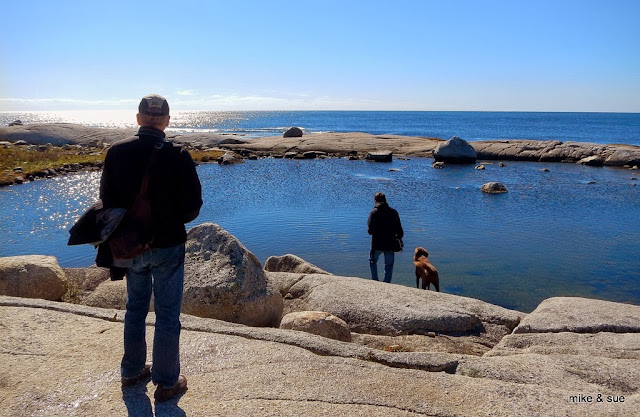 With Peggy's Cove nearby we took in the view
just before I dove into the pond to fetch Mr.O ! 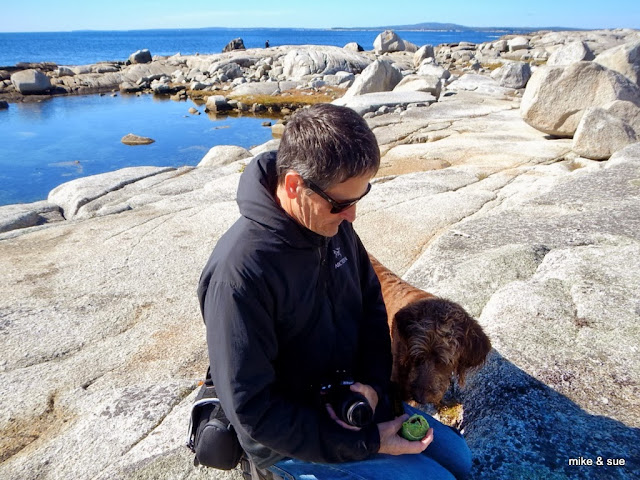 I found an ol' yeller tennis ball in the cracks of the rocks.
Mighty air-conditioned and soggy!! 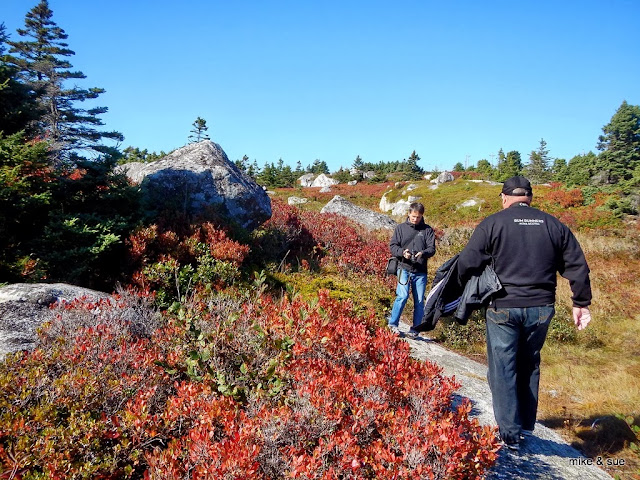 Ron was taking pictures of his brother Mike as he
managed the boulders. 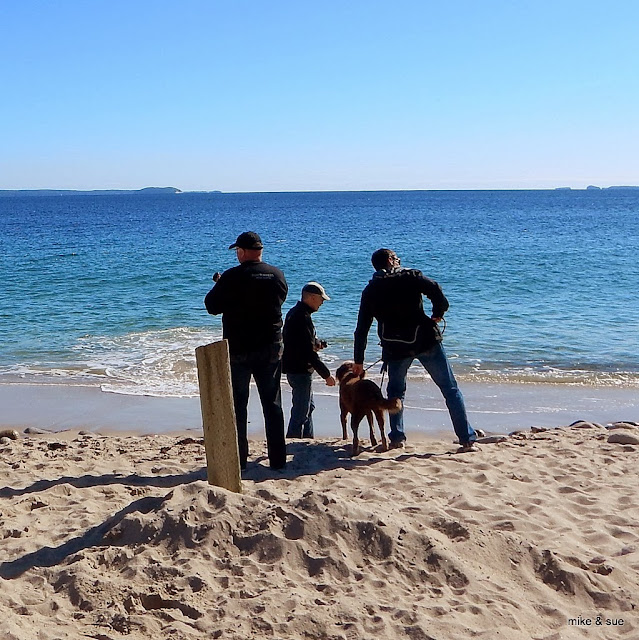 Later we arrived at Queensland Beach
well known for it white sandy beaches.
This beach is very popular in the summer time.

Ron and Jim used to swim here all the time in the 70's
and returning brings back so many memories! 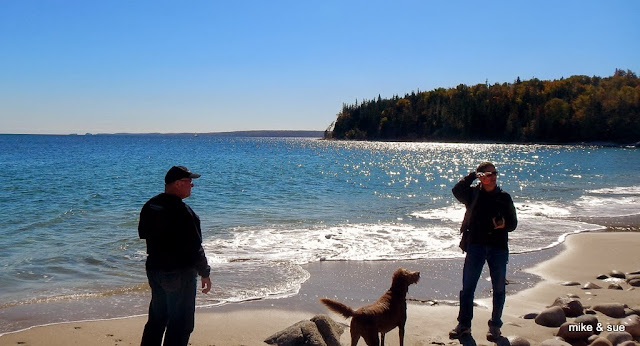 Ron is holding Mr. Orangie.
"When is he going to throw it?" 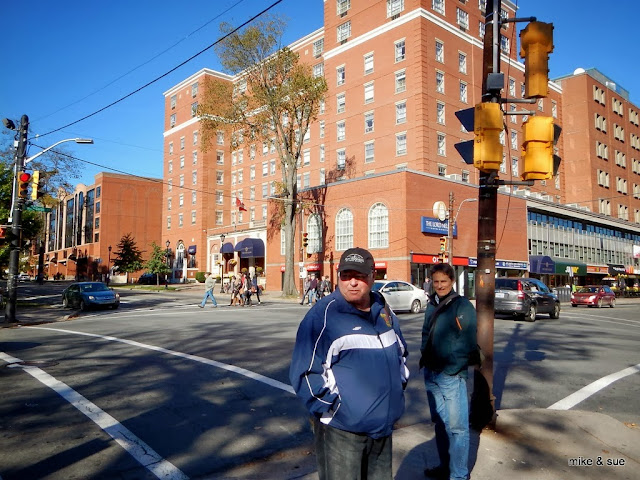 Another day we visited downtown Halifax.
Ron said that one day he was standing on this corner
and saw/met 5 people that he knew. 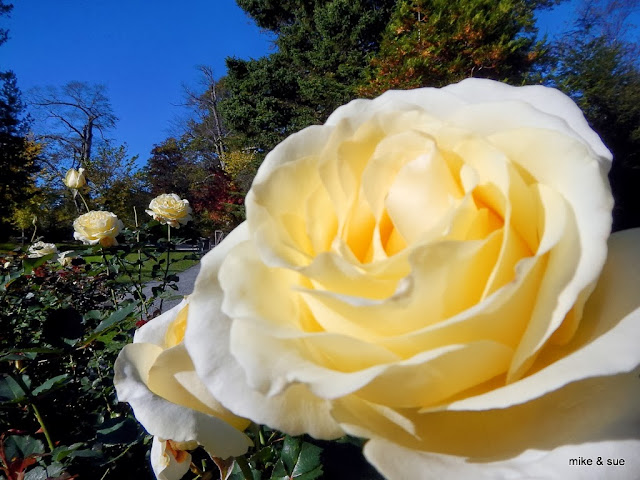 Mike, Susan & Ron visited the Halifax Pubic Gardens
while Jim and I walked the perimeter.
The roses apparently were prolific inside
just look at these! 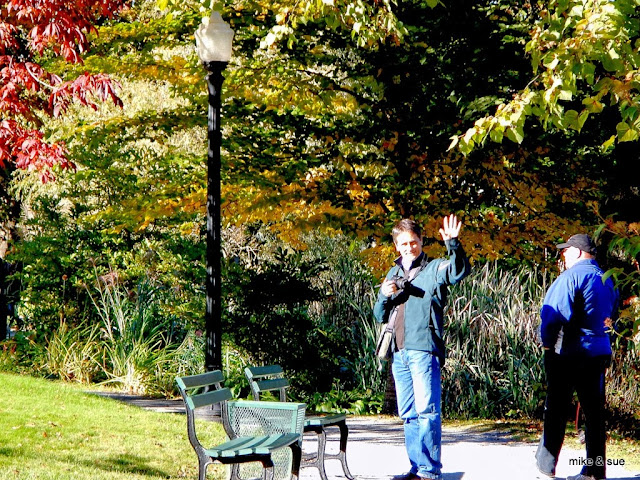 Sometimes I would look through the wrought iron fence
and see Ron, Mike and Susan meandering around.
Ron saw me! 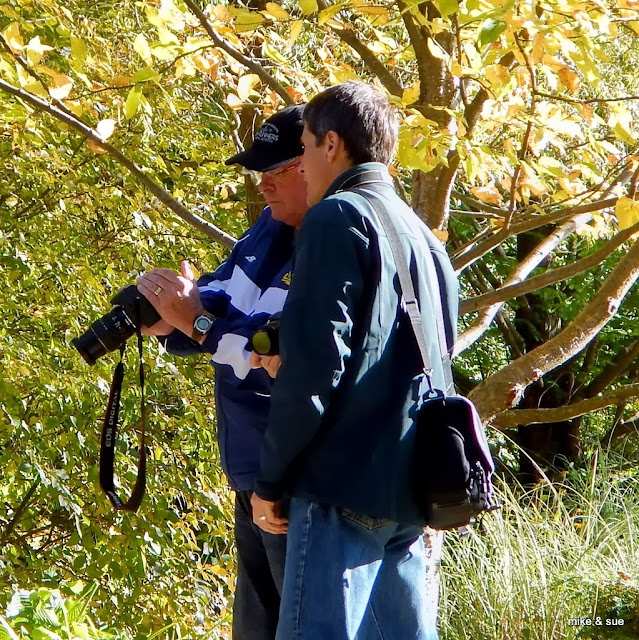 This was the best visit because Ron and Mike
living so far from each other
finally had a chance to spend some time together.
Life throws curves for us all
and these 2 have had their curves to follow.
I really like this photo
because
the 2 brothers are learning from each other again.

THANK YOU!!
Thank you Mike and Susan for sending these photos.
You are the best!
Posted by fromsophiesview at 10:45 AM