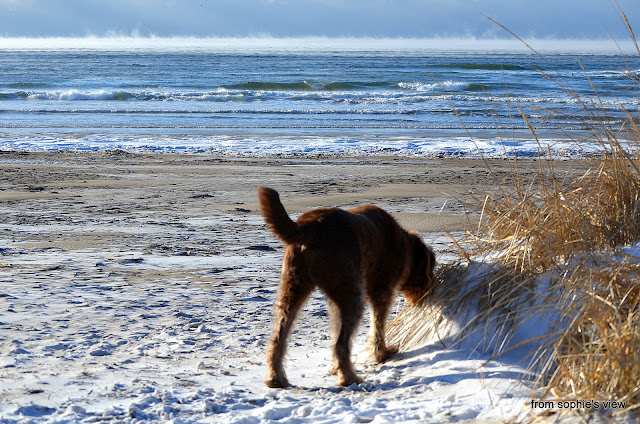 I lucked out today and ended up on Conrad's Beach.
Yes it was super cold but look what we saw! 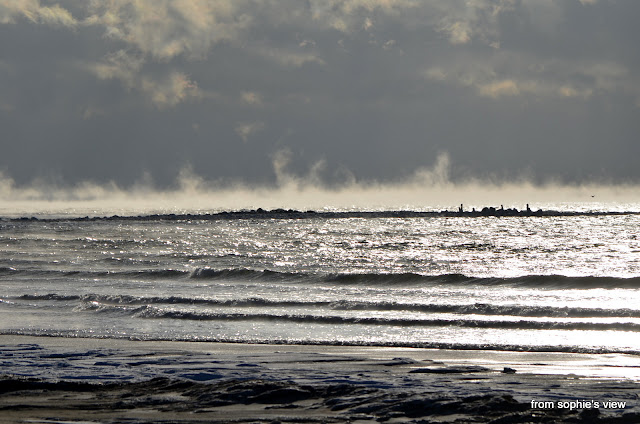 The same effect when you see steam rising off a surface. 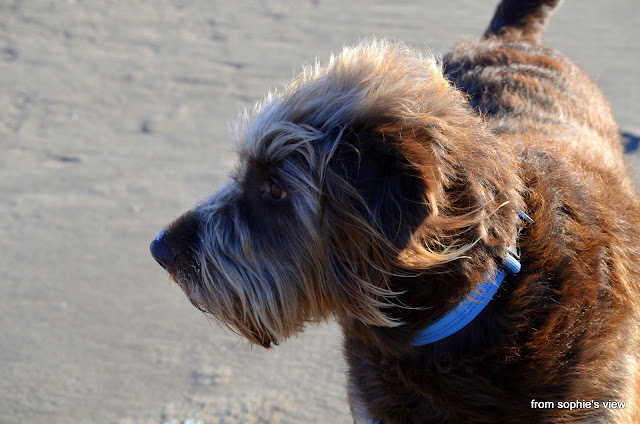 It got my attention that's for sure. 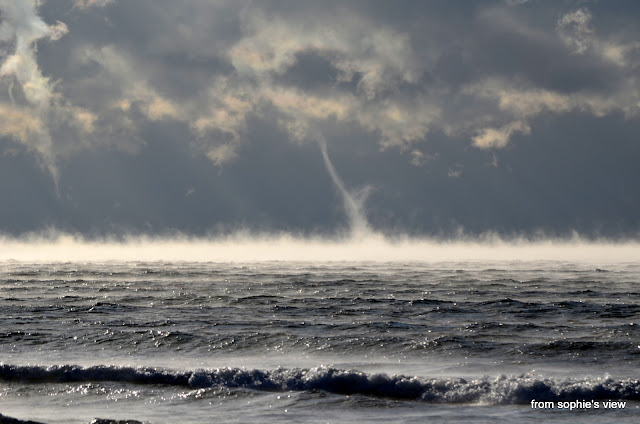 Many tendrils of mist were being siphoned up into the clouds. 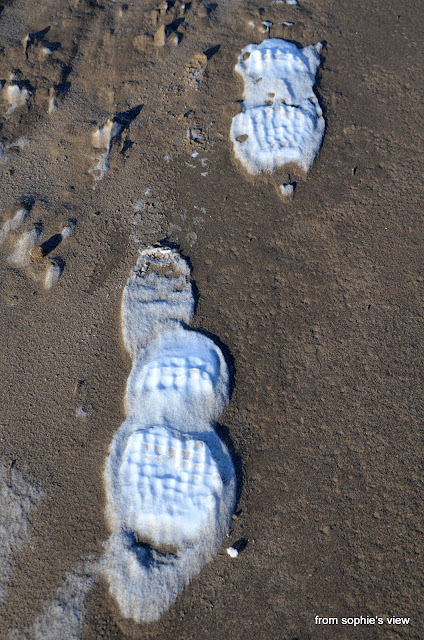 As we walked along I noticed the foot prints of someone
who had been here much earlier. 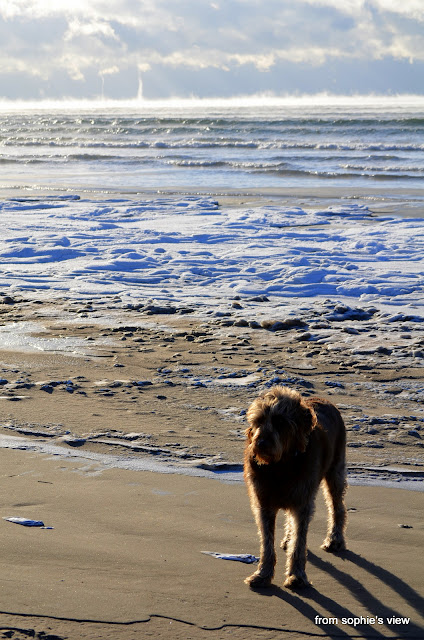 This should give you an idea of how far away this phenomena was from us. 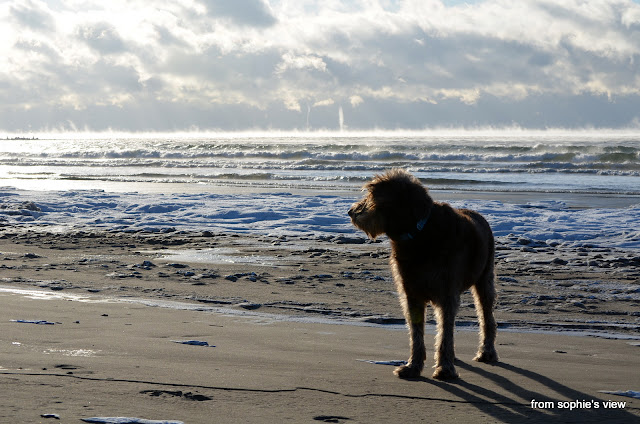 They were dancing along the horizon for as far as the eye could see. 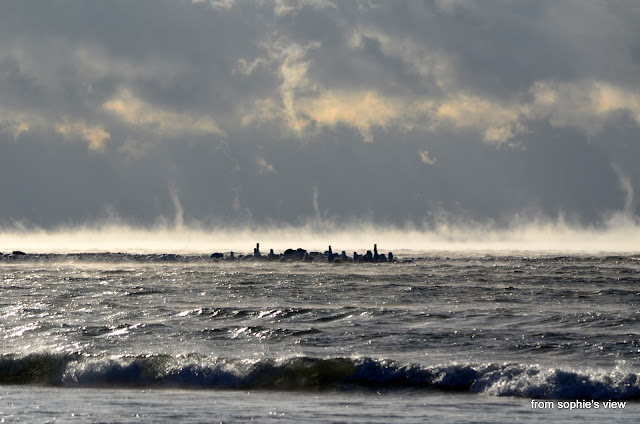 This area used to be a baseball diamond , yes it was in the 1950's!
Hurricane Hazel demolished the land and left these pylons and rocks
in her wake. The mist and the pylons work together in this shot. 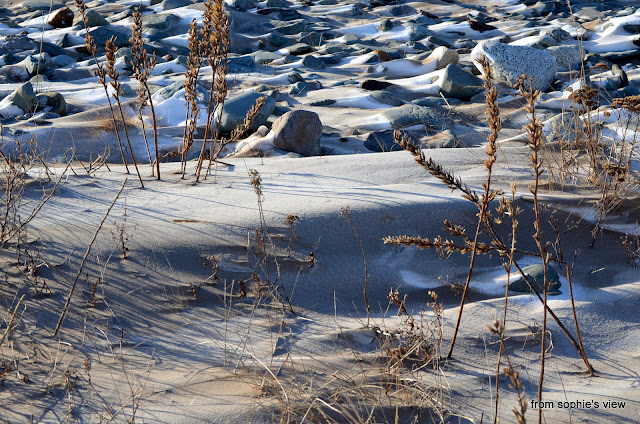 This shows you how windy it has been as we walked along.
The sand is covering the snow. 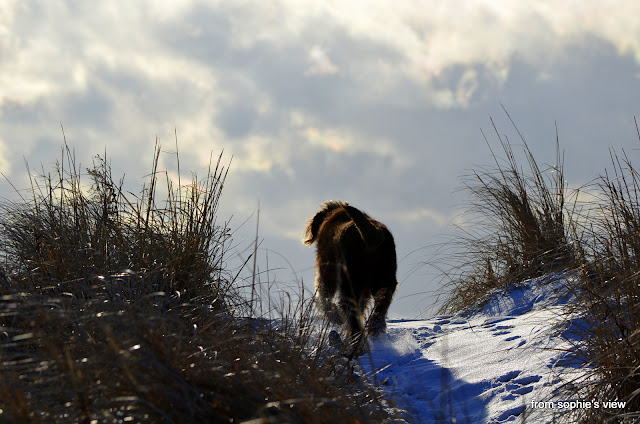 Up and over the further sand dune,
I make sure I'm there first...that's just me. 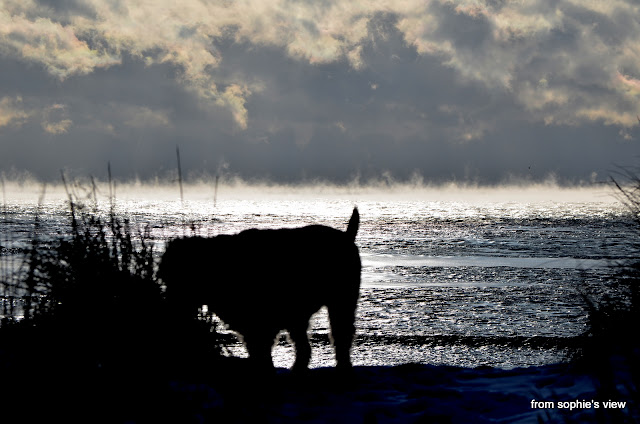 More sea smoke....really it was everywhere
and almost made the place seem fantasy like. 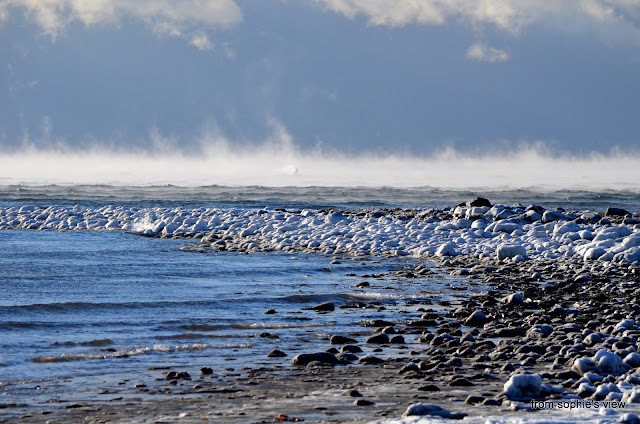 You can see frozen salt spray covering these rocks
just another cool angle.... 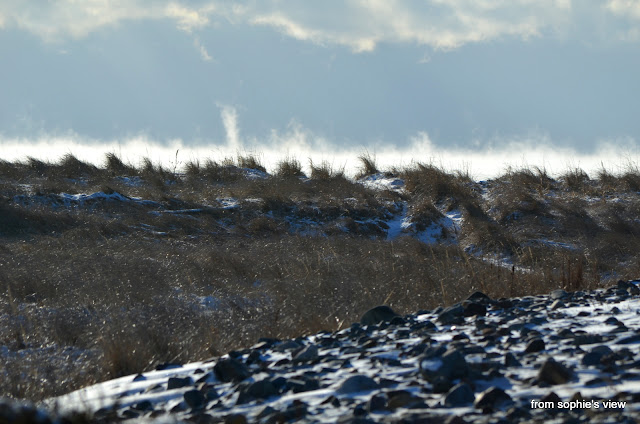 and the sea smoke mimicking the winter dried grasses.... 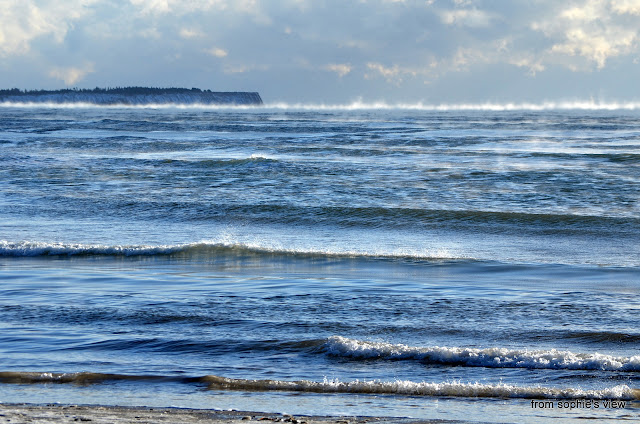 As I gazed from Conrad's Beach,
off in the distance I could see the land bank
which is actually located at the east end of Lawrencetown Beach.
We headed over there after to view this from that vantage point. 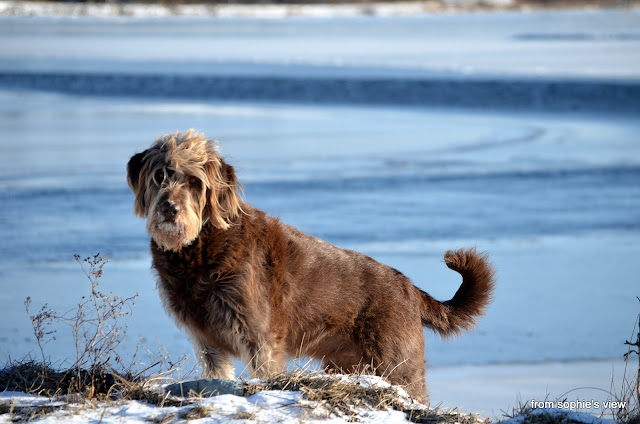 SO winter may make you pick up your step,
make you add a few layers for warmth,
make you see your breath...
it however has such beauty that one would not expect
unless you were fortunate to see this in the distance
while we were driving home this morning.

Posted by fromsophiesview at 11:44 AM