Peace in many ways! 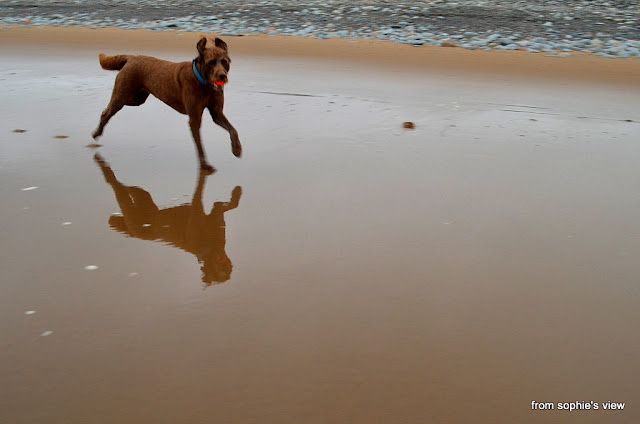 Are you keeping up with me?
I told you last time that I had more to share with you.

Well, by the time we reached the end of the beach some surfers began to arrive. 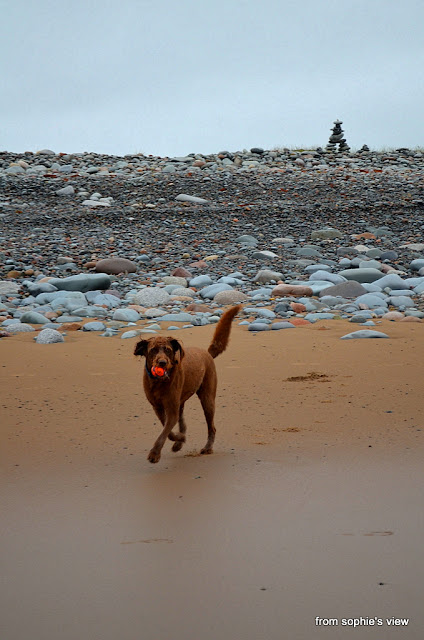 I kept my eye on them because sometimes they call me over.
A free nuzzle always makes the beach visit that more enjoyable.

I kept my eye on Jim while he got his feet wet.
I guess someone wasn't paying any attention.....'SNICKER'DOODLE!! 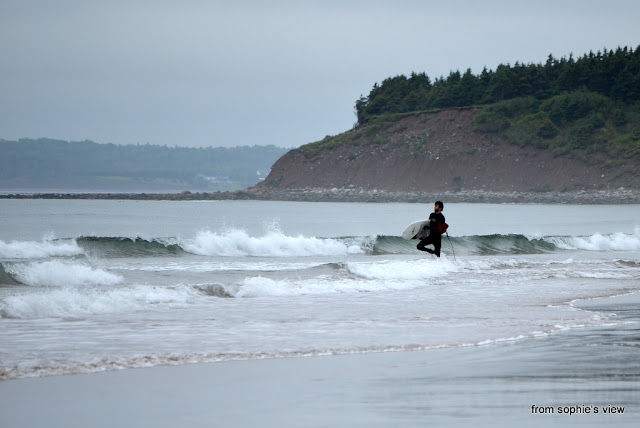 It's as if they are in a trance
seriously
nothing will stop the march of the determined surfer. 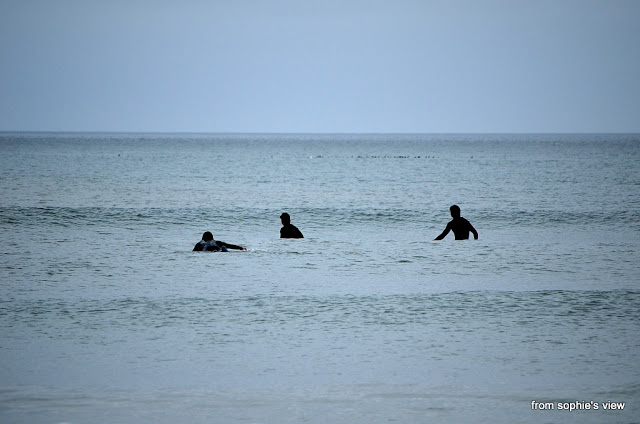 These guys had already made it out into smooth wave action.
A seal had arrived and was sizing them up.
It was just on the other side of that ripple
and they thought it wanted to join in. 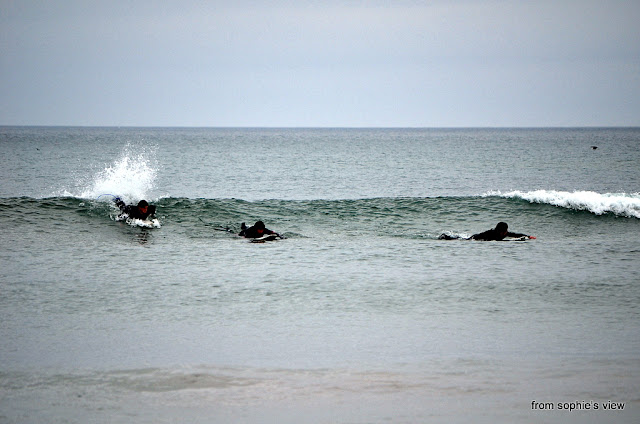 Guess not!
Quick!
This could be it! 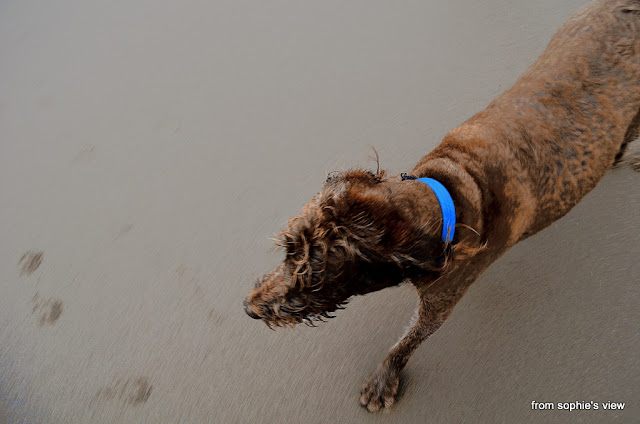 I couldn't show you the disappointment on their faces.
The wave just faded away.
But look at this guy coming! 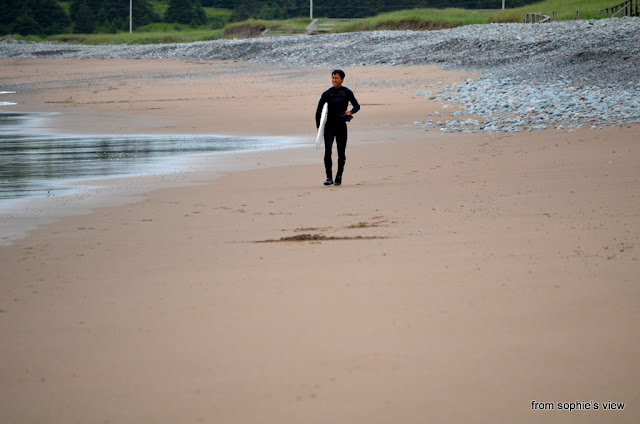 He had this smile on his face the entire walk down the beach. 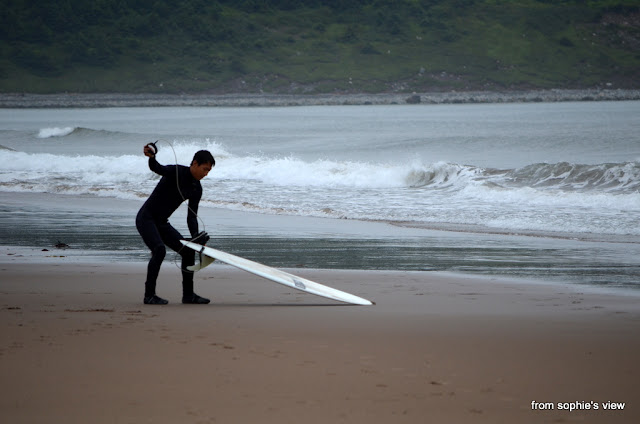 A quick adjustment and out he paddled with guys and the seal. 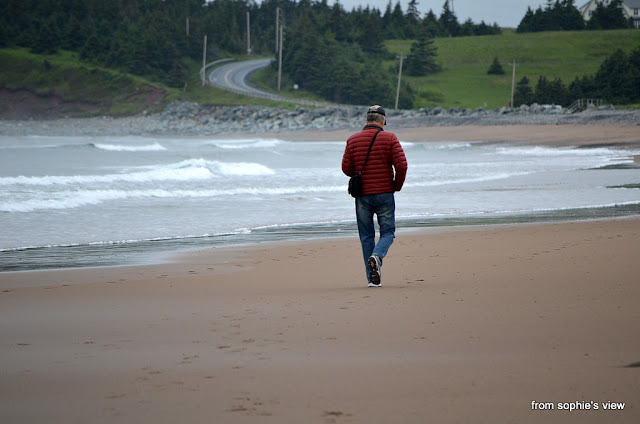 Jim had managed to fulfill his inner peace
like he usually does
with a saunter after some Qi Gong moves, 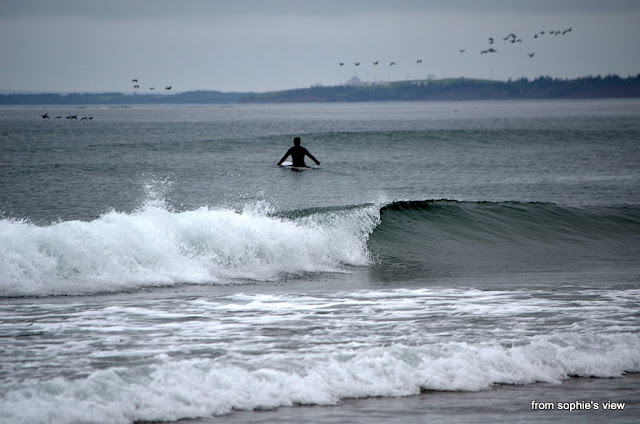 while this fellow paddled ever so slowly
watching the birds fly by... 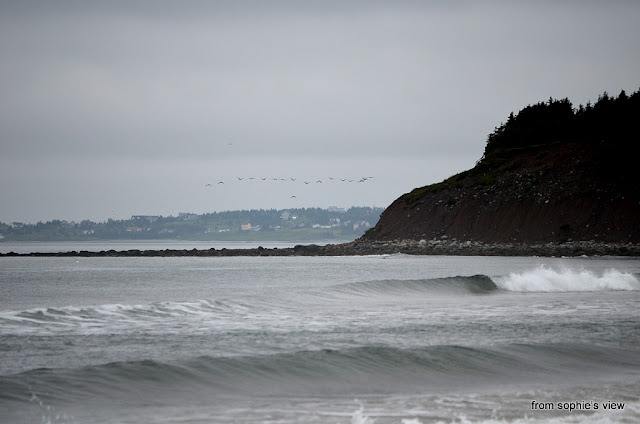 careening on the air currents
around MacDonald Hill. 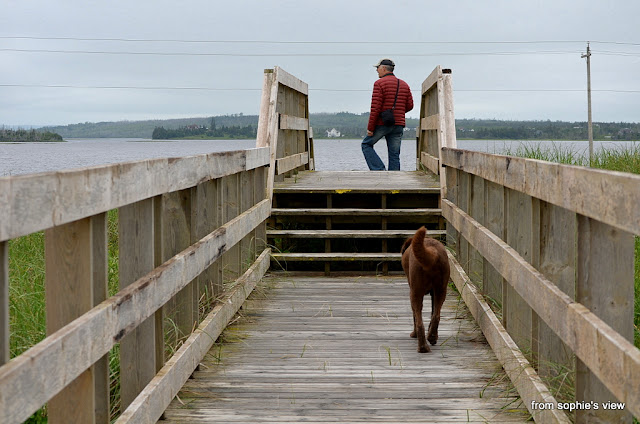 Time to go home
and
have breakfast!
I know I worked up a good DoodleAppetite!

~~~
Peace to all my friends!
Tomorrow is Canada Day!

Posted by fromsophiesview at 1:00 AM