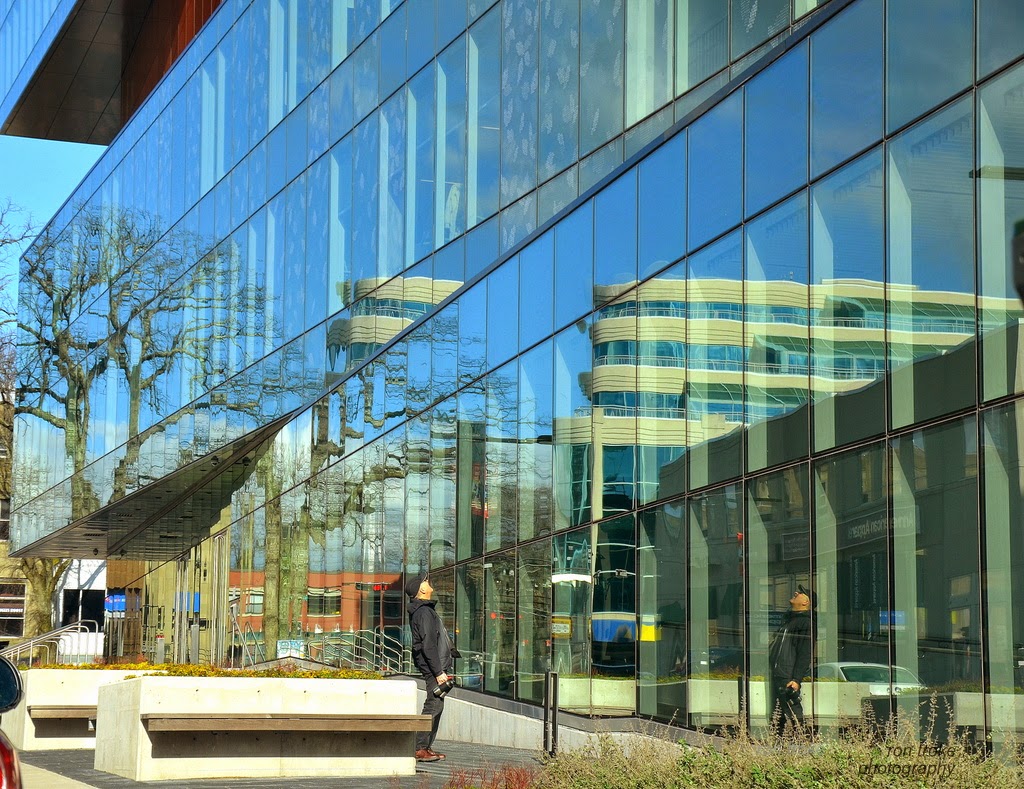 Last month I showed you, Daddy Jim looking way up the side
of this building. Apparently this is the new Halifax Central Library and my Dads
have been waiting for a very long time to get inside and read. 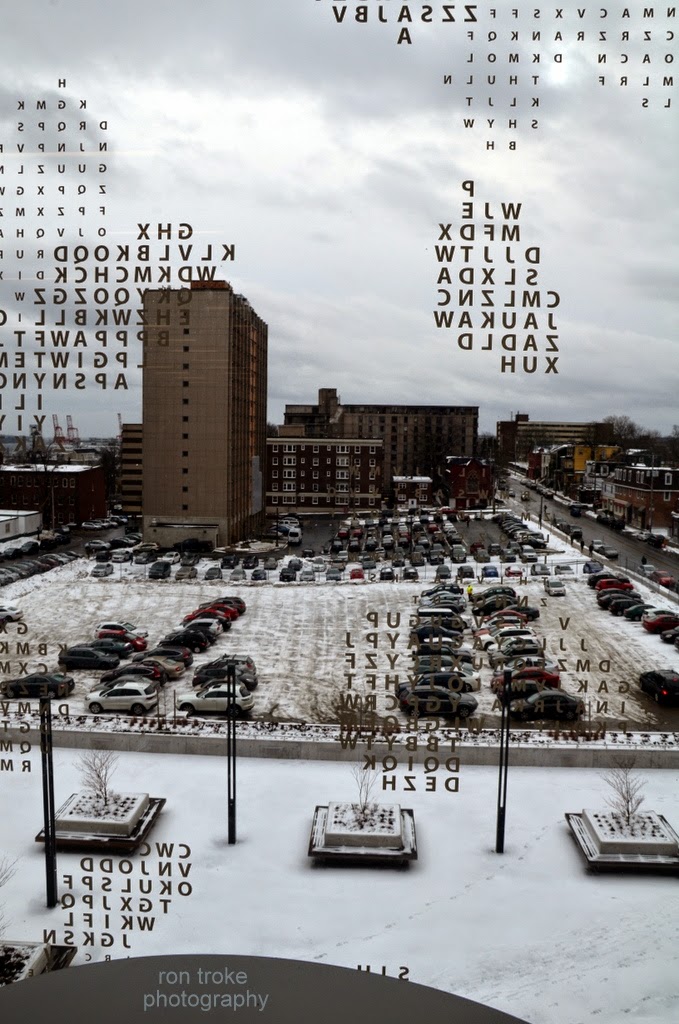 Finally this month, January they made the trek
parked their car
(third row from left, third car in line)
and
began their odyssey. 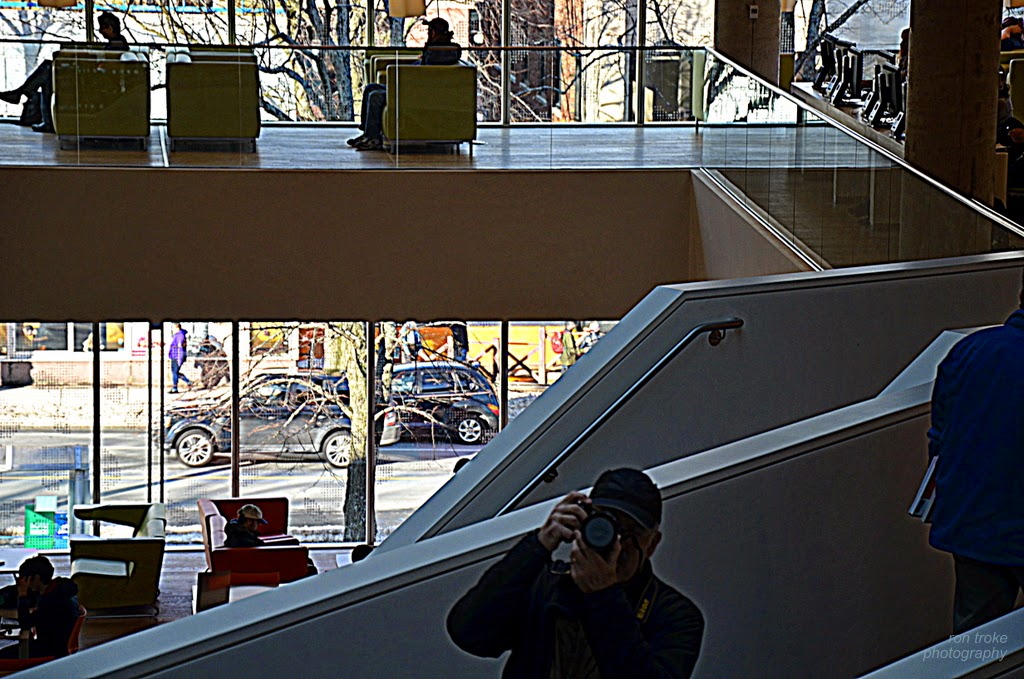 Inside on one of the many crossover thoroughfares
Jim began taking pictures of Daddy Ron
who was doing the exact same thing.
(This photo has overtones of Alex Colville's painting
To Prince Edward Island ~ click and see!) 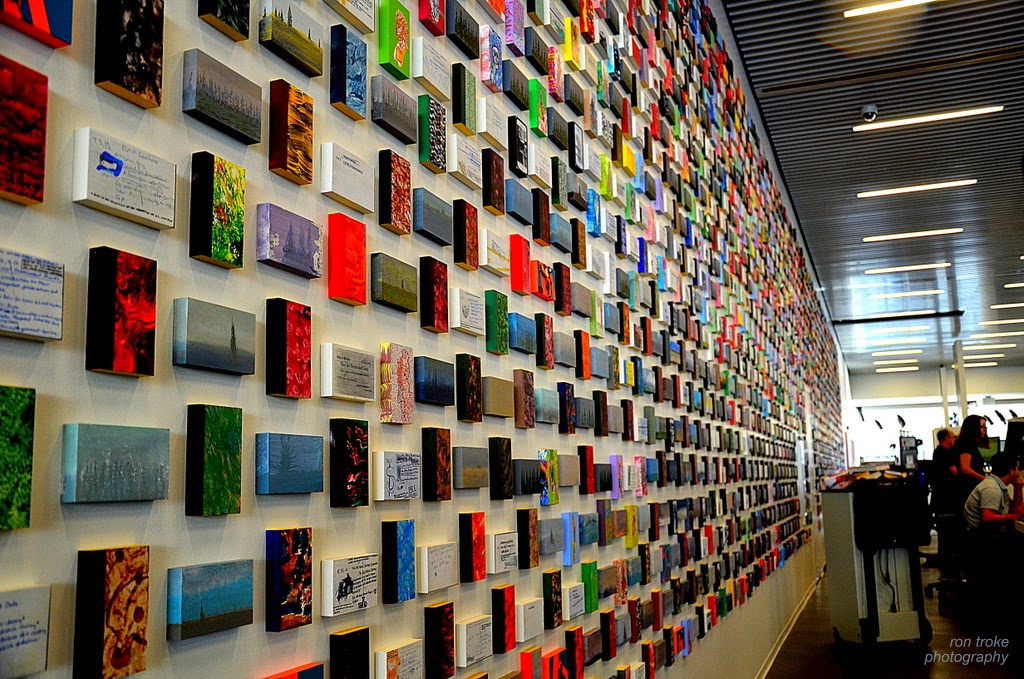 The walls are covered with 1000's
seriously,
of these library card creations.
What a cool idea.
I must find out more about this endeavour. 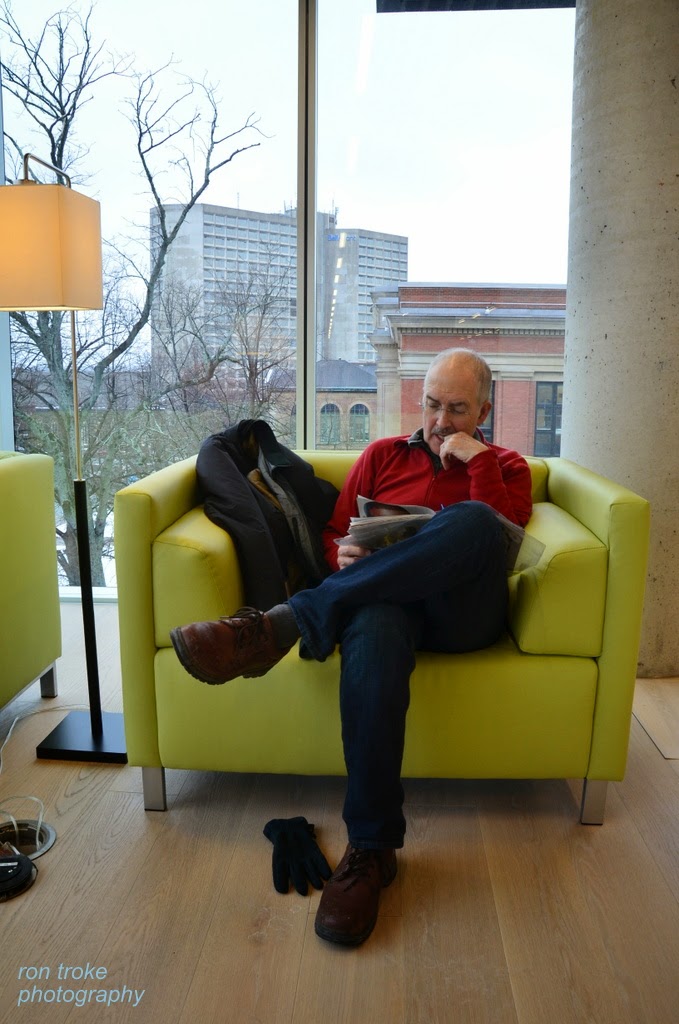 Look who's sitting and reading
Daddy Jim.
What are you so wrapped up in?
Hey, don't forget your glove
by your foot. 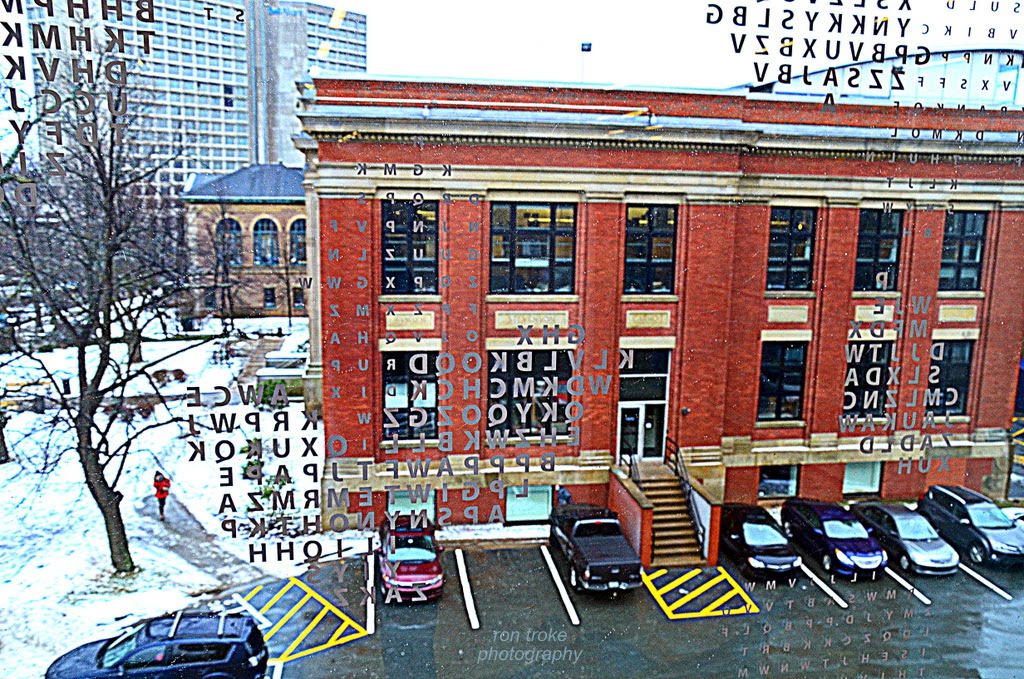 Behind Daddy Jim is the architectural school, Sexton campus
merged with Dalhousie University in 1997.
In the 1980's, the school was called
Technical University of Nova Scotia
and
Daddy Ron managed an art and drafting supply store
very nearby,
so spent a lot of time
selling architectural supplies to many students over the years.
The name may have changed but everything about it
seems so much the same. 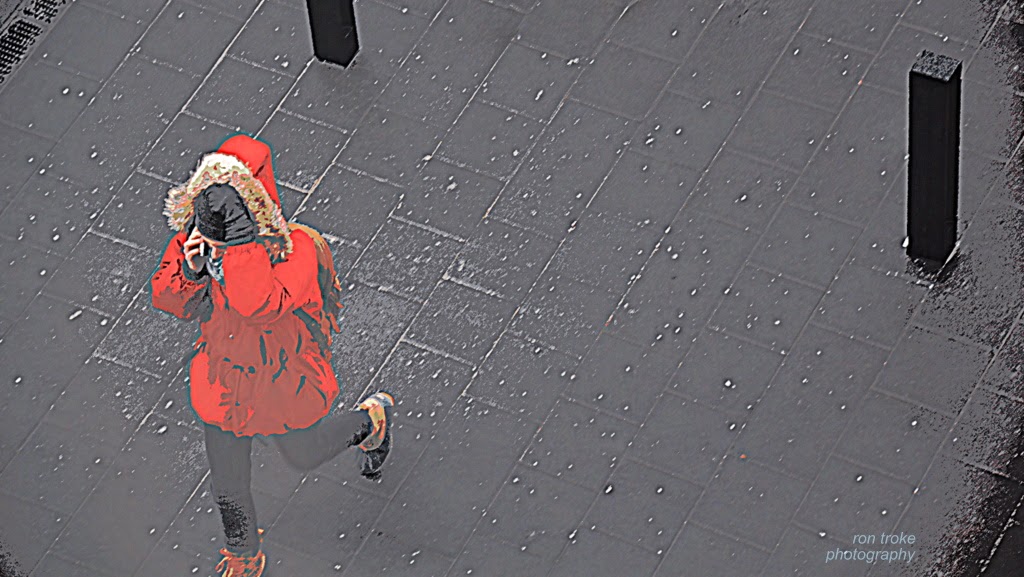 Quickly below the third floor
a person with cell scoots by
ducking into the building
to avoid the winter winds. 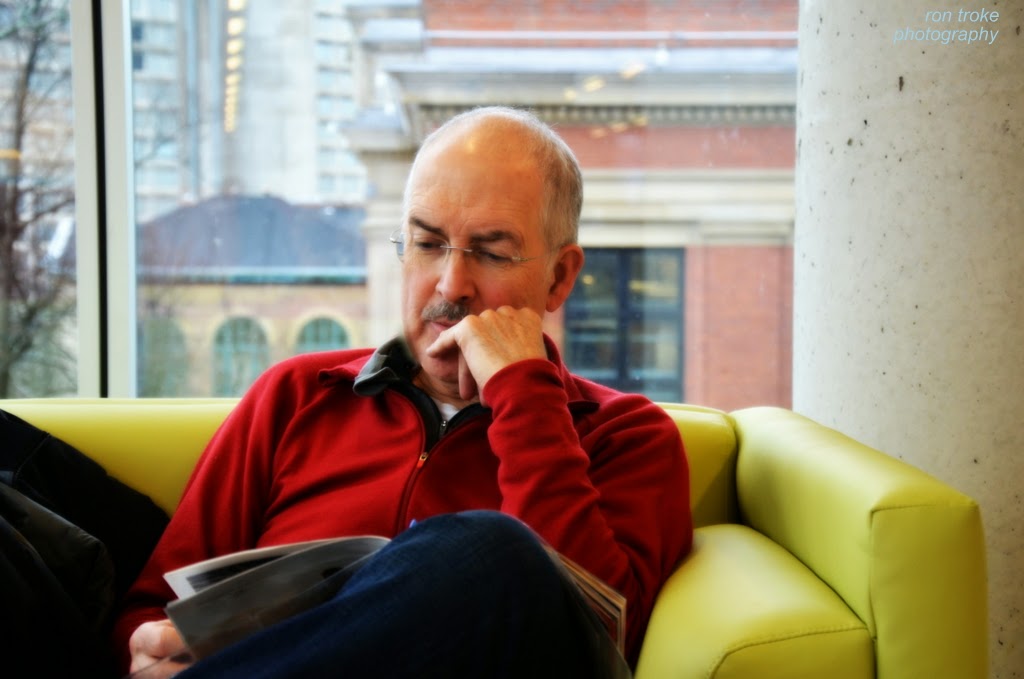 Jim really has found a magazine
that grabs his attention ~ 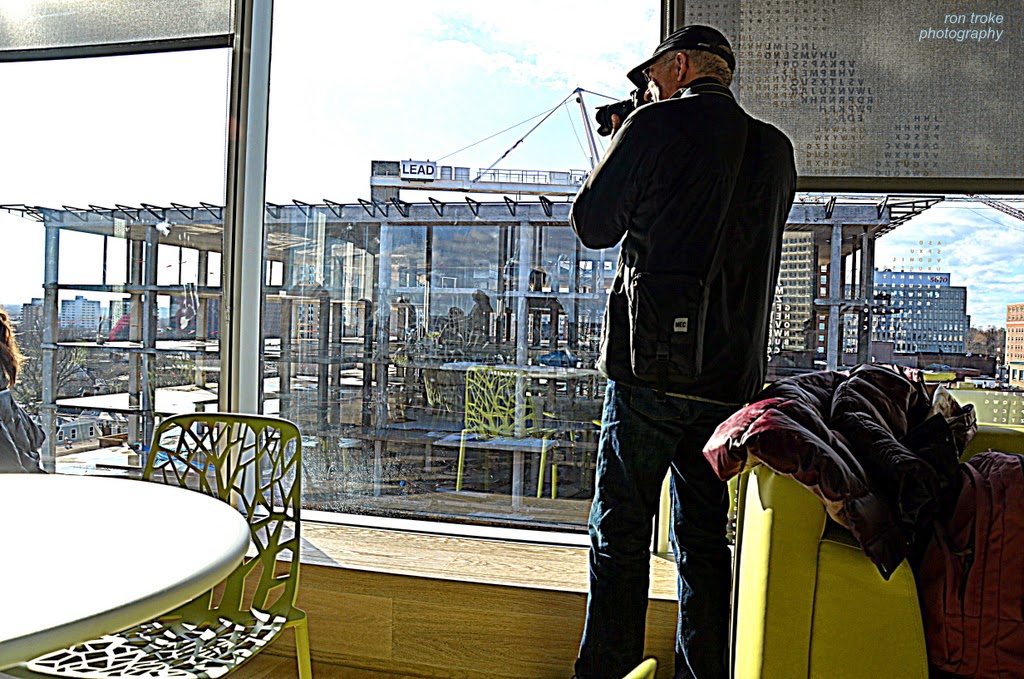 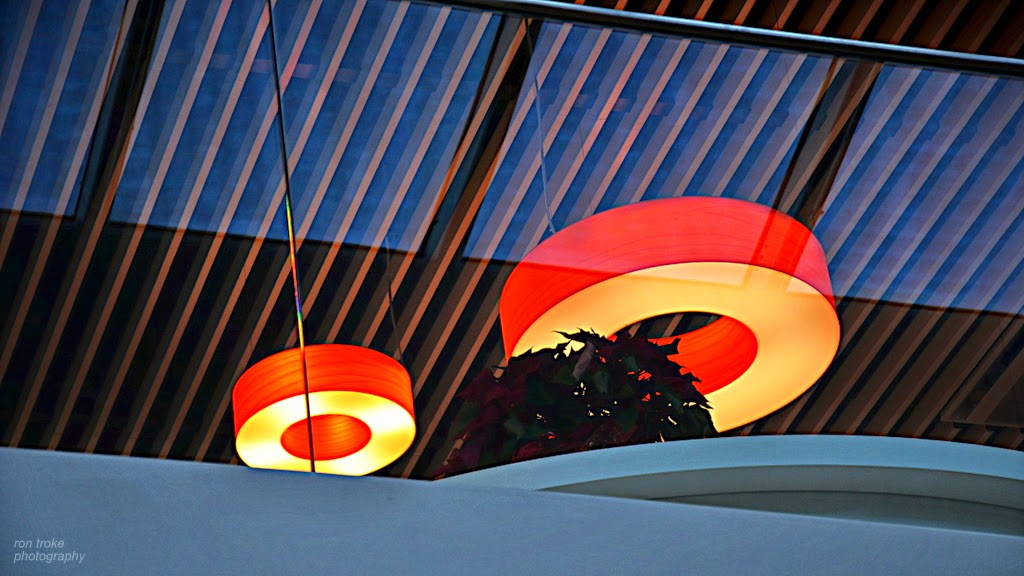 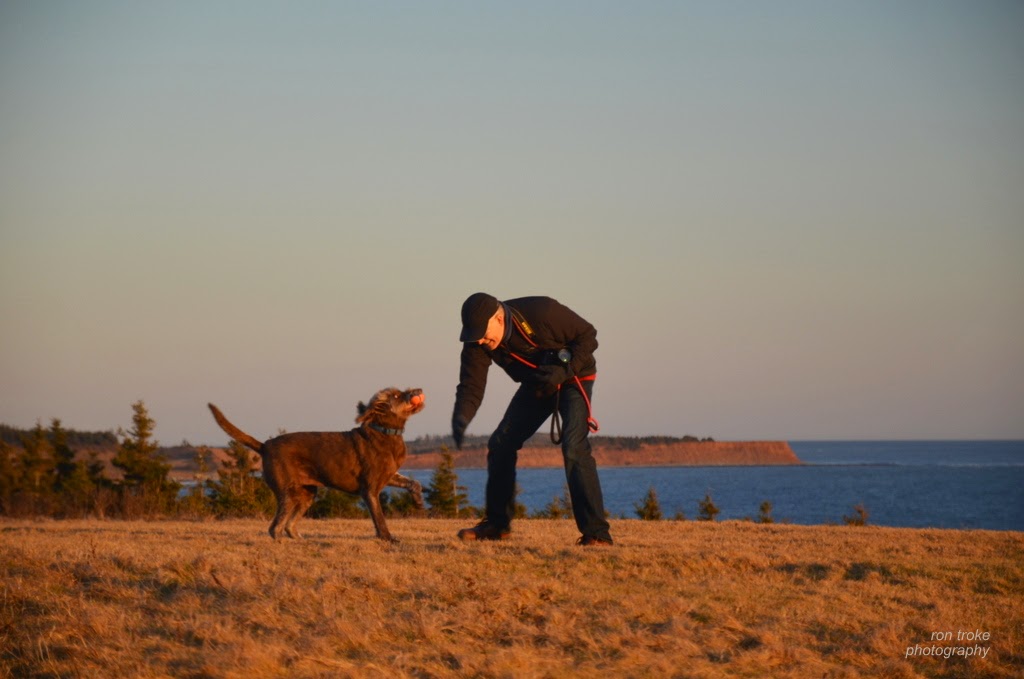 and home,
but picking me up at daycare,
dropping off at MacDonald House
and
the hill for a quick dance
with Mr. Orangie and Daddy Jim.
I can't tell who's more excited
Can you?
Posted by fromsophiesview at 5:46 PM