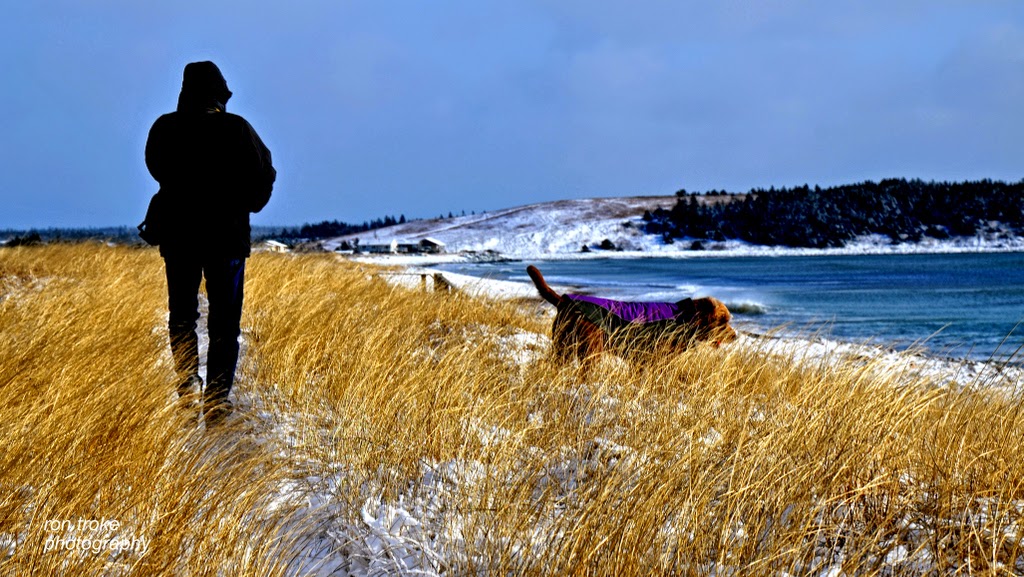 The cold winter winds have been blowing over our world for a while now
but today I found out just how cold it was.
While they caught up with all their blogging, facebooking, photo editing and
whatever social media that grabs their attention.
I 'zenned out' on my huge mammoth squeak toy
shaped like a giant marshmallow.
I then began staring at the guys
which means in Doodle language
"it's time to vacate the premises
and
go get some exercise".
Well, it took the usual amount of time to get ready
after the guys put on all their layers
and
I put on my PURPLE JACKET.

The roads were super icy
and
Daddy Jim said he had everything under control
~ not to worry.

We made it there safely
open the doors to brave the winds.
It was so cold,
a damp cold,
that chills the bones. 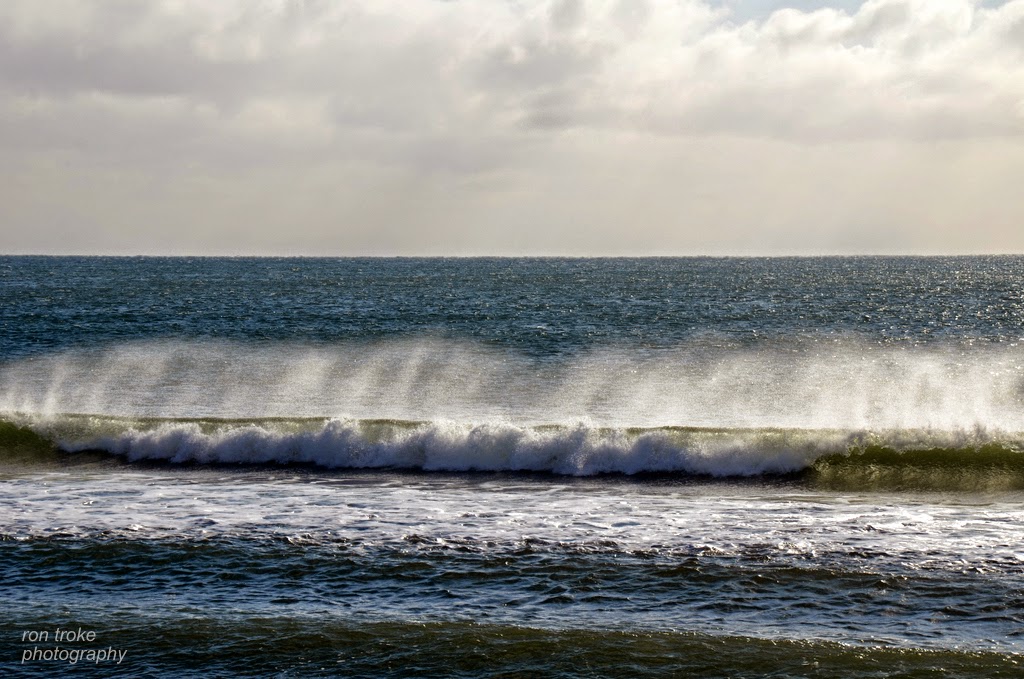 We began walking being vigilant of snow covered ice.
Heading for the beach to check out the waves as usual ~~ 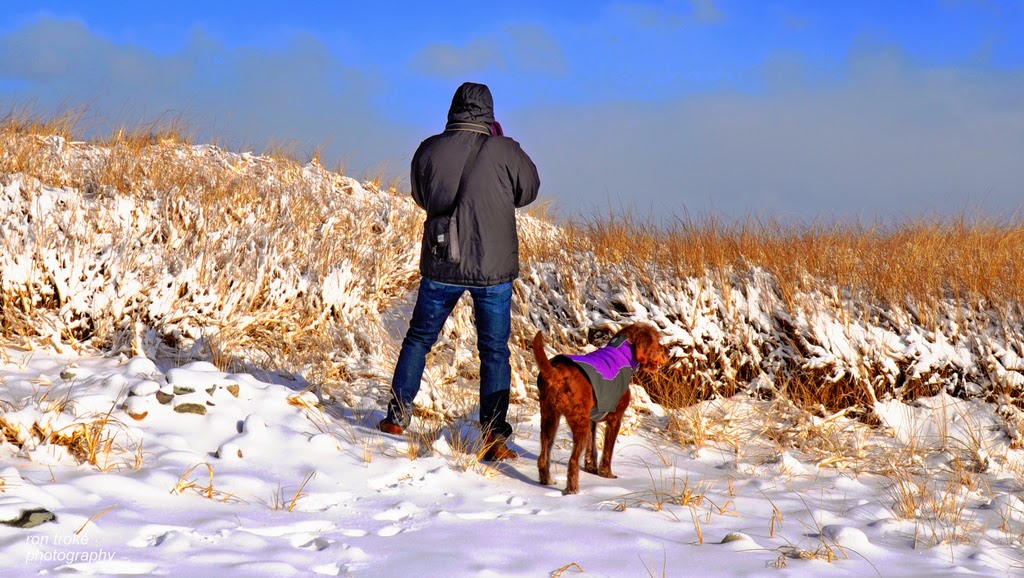 we noticed some odd snow covered grass.
The usual thin blades were clumped together with very thick snow. 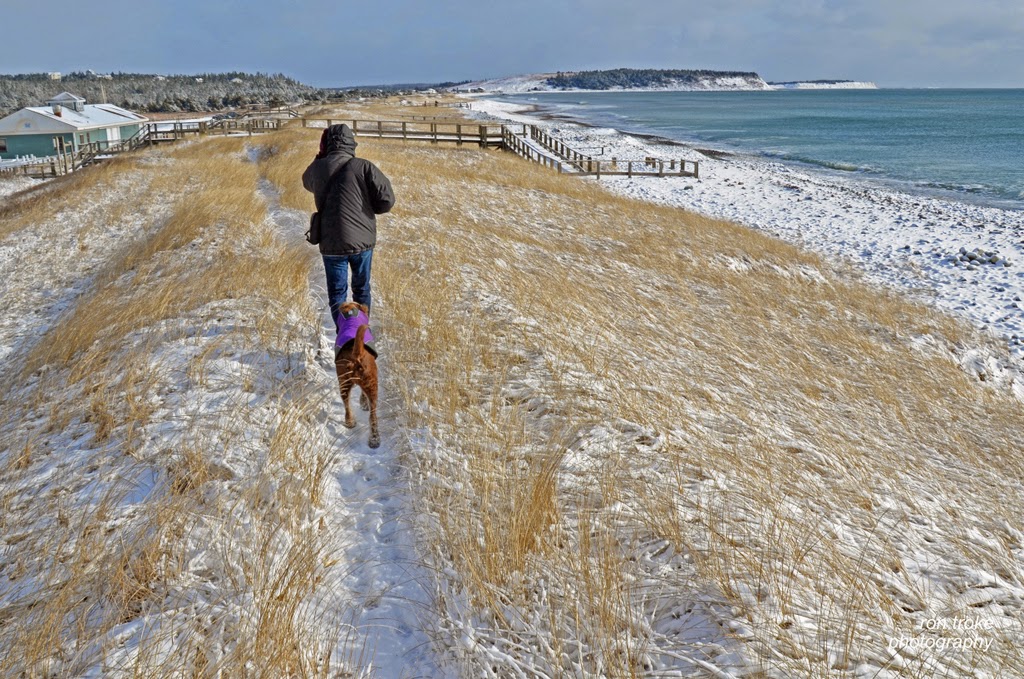 Following the path along the dunes was the icing on the cake
so bitter the north winds
that we immediately headed back to the car. 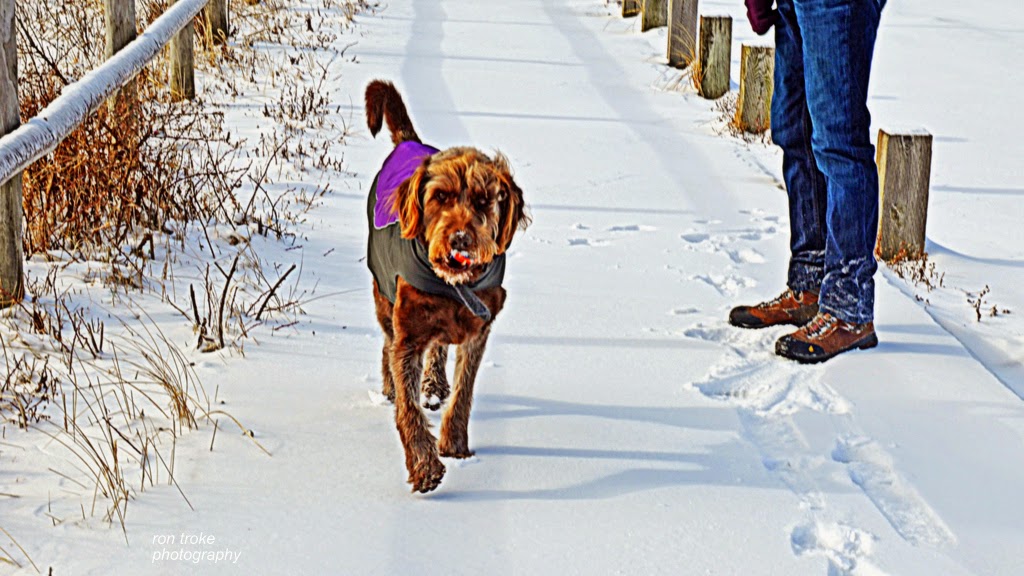 Then it happened my front right paw froze.
A quick defrost moment and a marathon run to the car.
"Hurry let's go"
was all I heard. 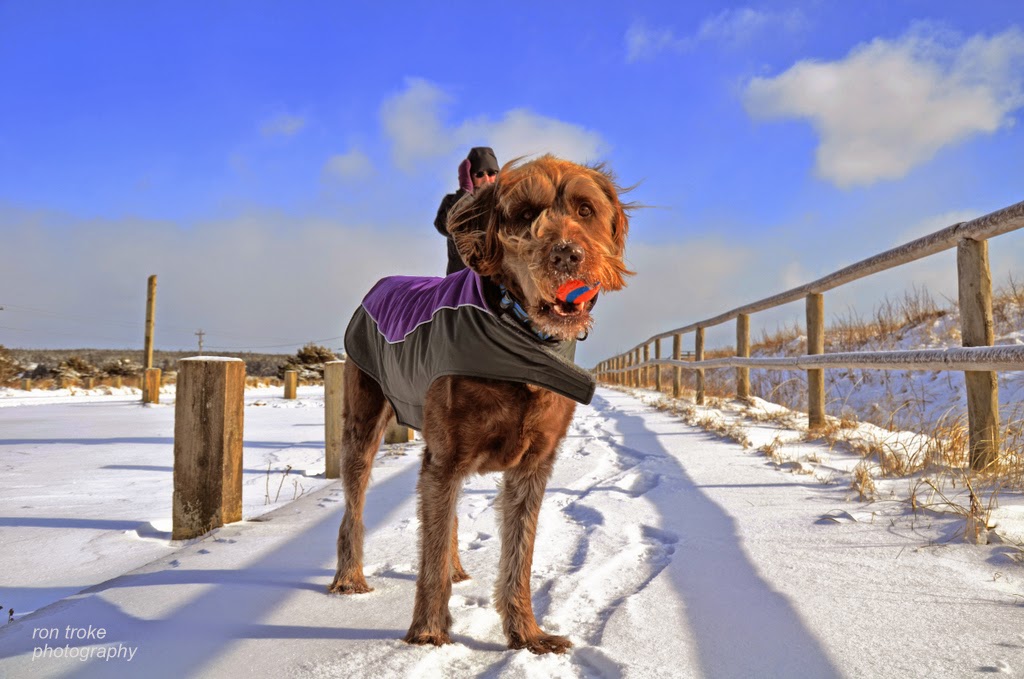 Phew, that was a close one.
PURPLE BOOTIES next time
winter's unrelenting cold has arrived!!!
Posted by fromsophiesview at 5:35 PM