PERFECT WEATHER ON THE WATERFRONT 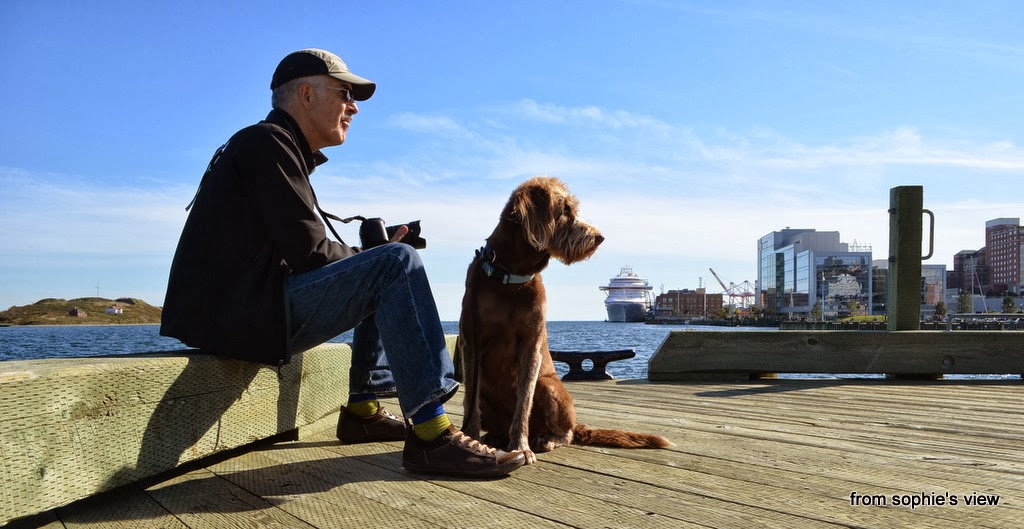 Thanks for returning on THANKSGIVING WEEK.
(I've named it WEEK because Mike and Susan came for a whole week ~~ TA DA )
Do you think my DOODLE RADAR will keep them out of trouble? 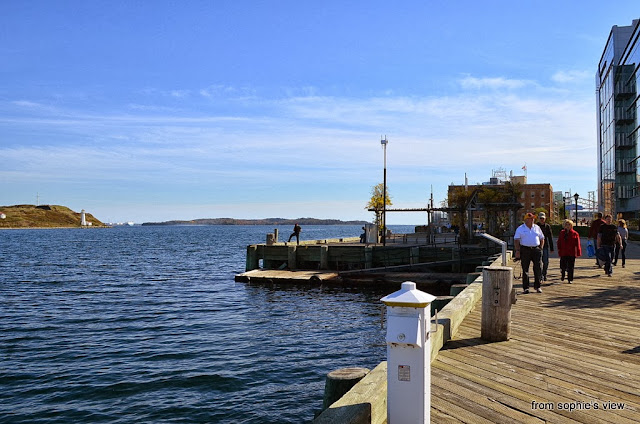 Everyone needs to be careful along the harbour boardwalk
because just one wrong step to the right
and into the drink you fall.
( It has been known to happen ) 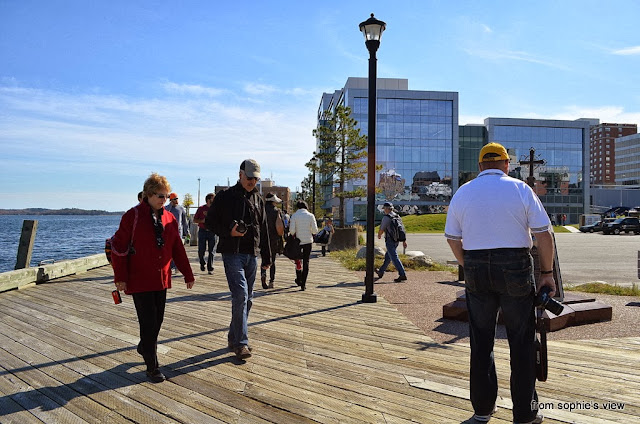 Susan, Jim and Mike discuss lots of different topics
as I sit beside Ron.
~~~
For some reason Ron holds me tight
because when I was a 'wee one' I almost jumped off the boardwalk
because, well because,
I wanted to.
The water made me do it and that's what I'm sticking to. 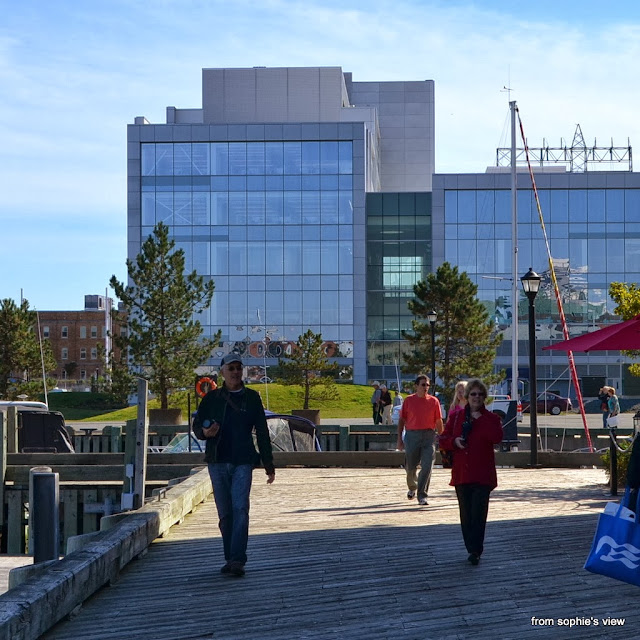 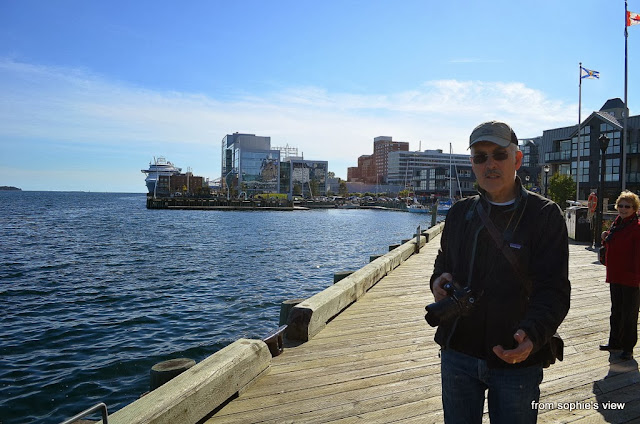 Jim is such a good guy.
He said he'd take care of me
while Ron slipped into
the Rum Runner's Cake Factory < click
with Mike and Susan. 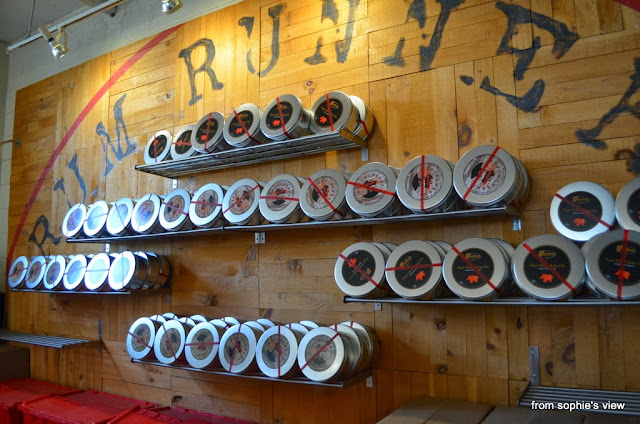 These cakes are to die for, really !
A lot of people received these as Christmas gifts one year.
The company does the packing and shipping
so very easy and less stressful. 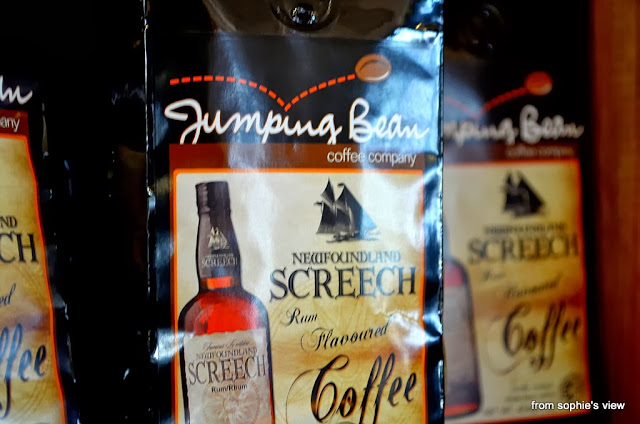 Newfoundland Screech
is a well-known liquor made only in Newfoundland. < click
So, the name says it all ~~ you'll be screeching after you sample / devour it.
Now it's in coffee ~~~ HELP !! 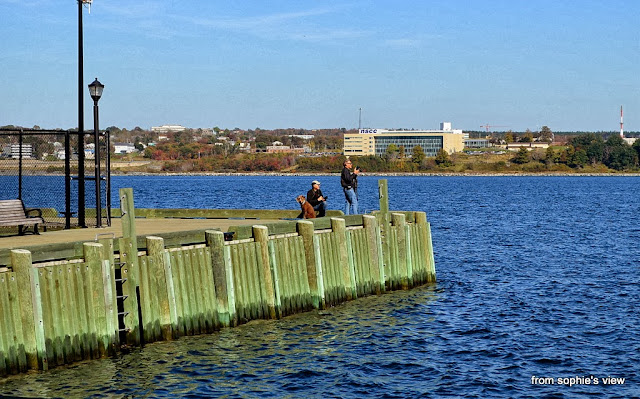 While they milled around the shop
Jim and I waited ever so patiently at this veiwpoint
(another angle in 1st picture)
The gentleman photographer Jim discovered is from
Saskatoon, Saskatechewan
( google that one folks or click here )
He and his wife traveled to Ontario for an event
and then decided to keep driving east to
Nova Scotia. 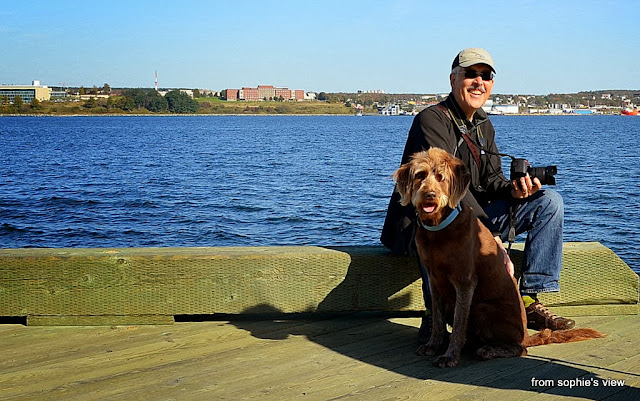 Doesn't this picture say it all ~~~ HAPPINESS !! 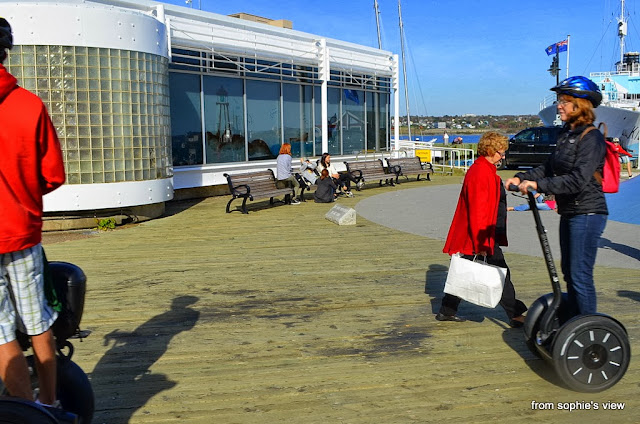 Segways ( < click )
are bountiful, but Susan decided it wasn't her cuppa cuppa ! 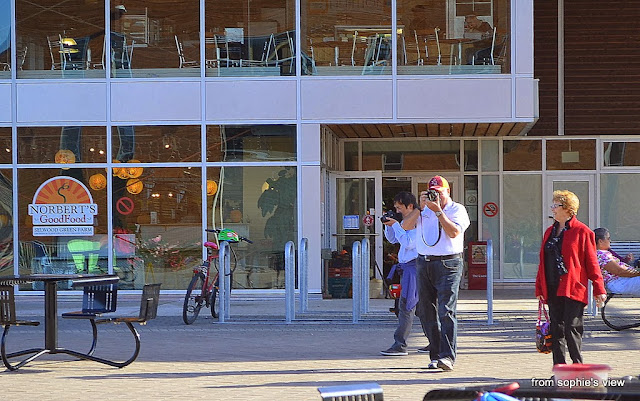 Mike and Ron are having a PHOTO - OFF
LOL !!
Mike is a Canon Guy and Ron and Jim are Nikon Guys.
I heard them discussing and learning about each others toys.
Susan's Nikon Coolpix really took great pictures too
light weight, fast and above a perfect fall colour ~~
reddish maroon to match her new jacket of course ! 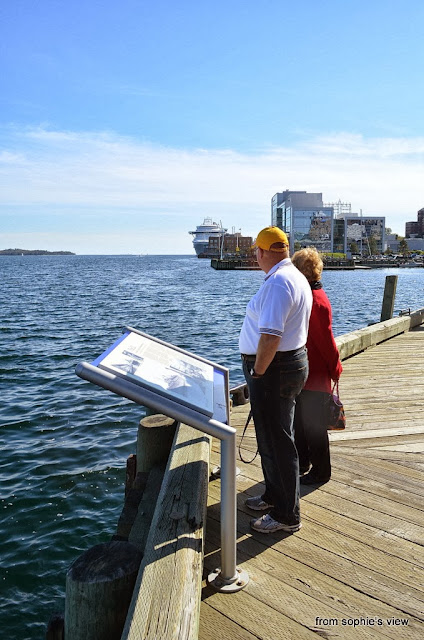 One last look at this cruise ship.
Hmmm, maybe a cruise is in the future,
you never know. 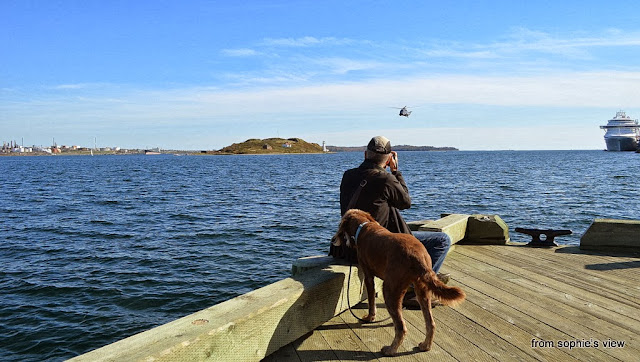 and a  last quick photo for Jimbo
and then off to our next discovery.