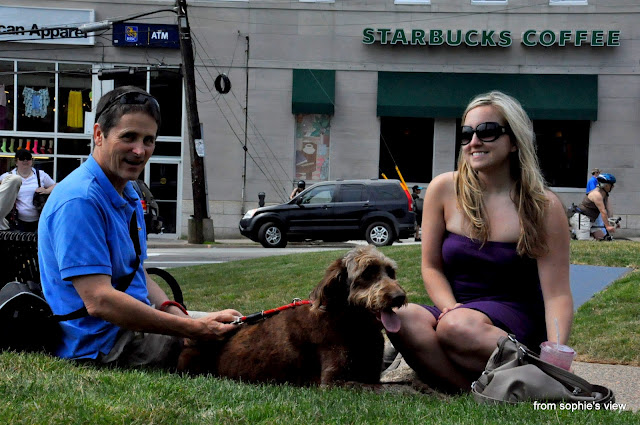 So last year was Pride 24 in Halifax
and I got to go....
my sweet soul niece, Meghan
met us there and we 'doodle' danced the afternoon away. 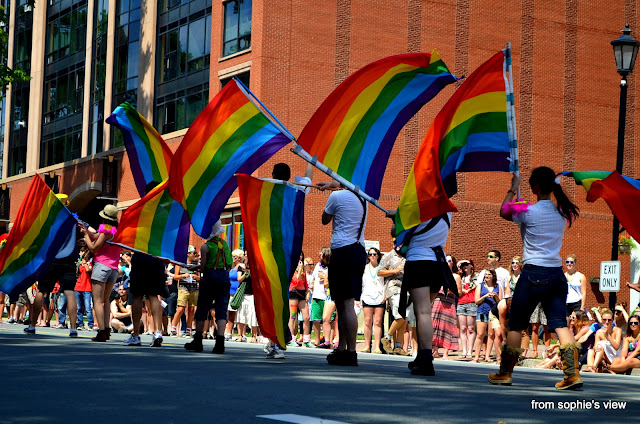 Slightly different this year....
I chose to go to doggy day care
and the guys took off to the big city
to celebrate love and equality. 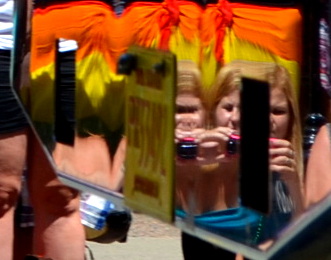 The streets were alive with dizzying rainbow colours everywhere. 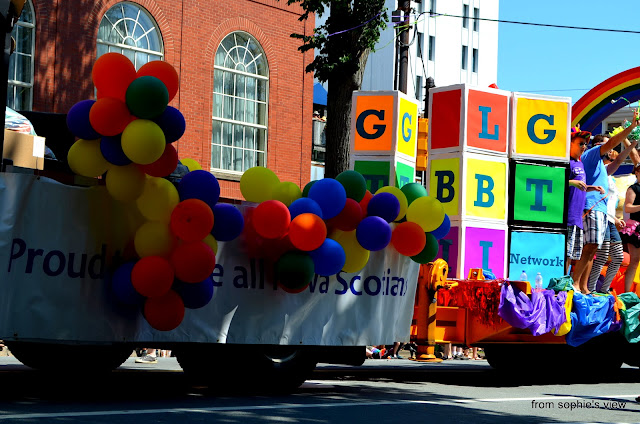 Float after float expressing the inclusion of LGBT peoples. 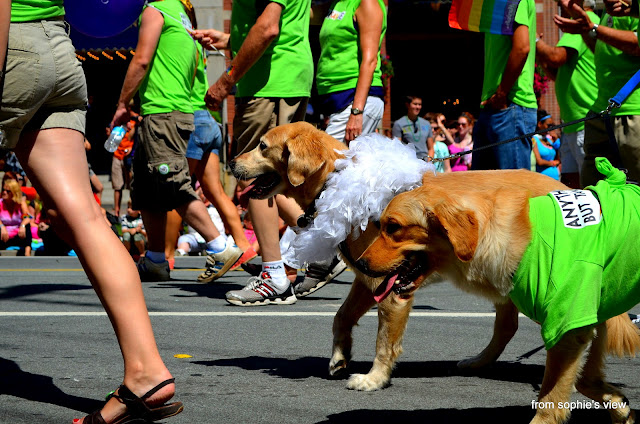 And a major theme that I would have really enjoyed
....lots of doggys showing off their finest dance floor wear....

The churches wanted to be included and they gladly were. 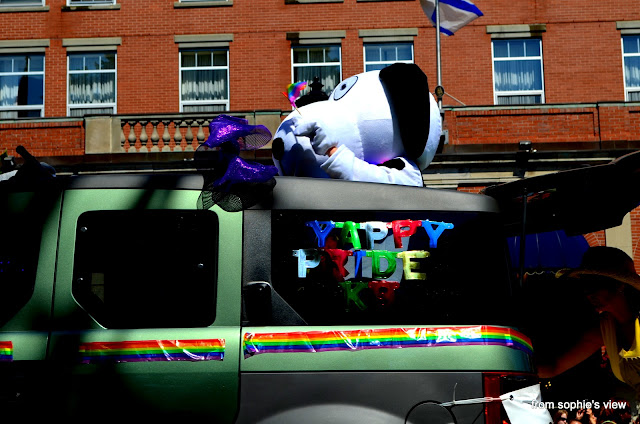 But Snoopy captured the guys attention... 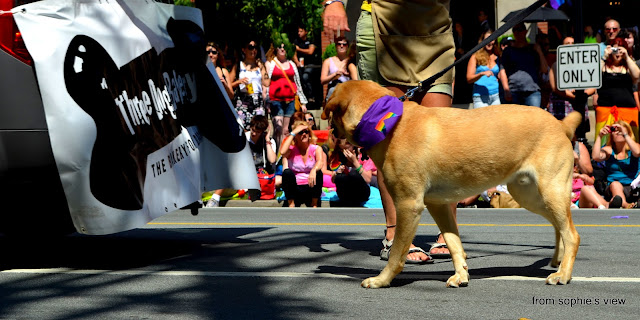 and snagged some treats for me from, you know where,
Three Dog Bakery 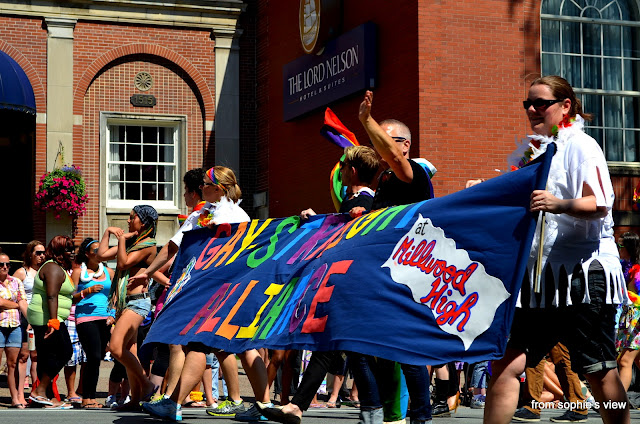 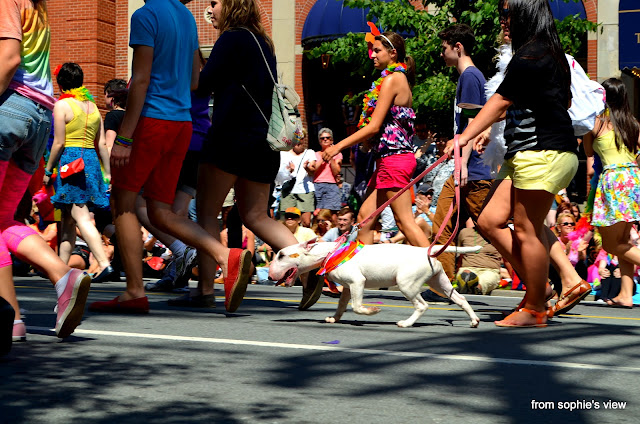 and in between was a doggy on a mission 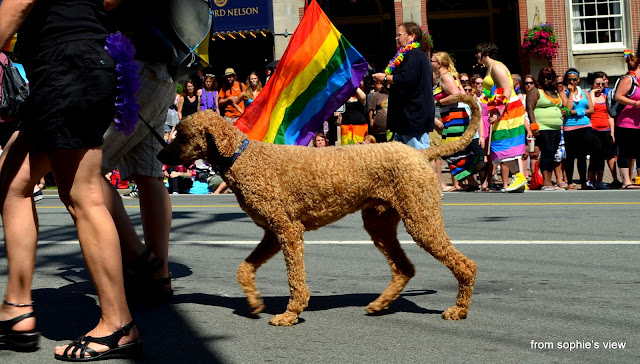 a very stoic poodle
(hey I've seen you at the park) 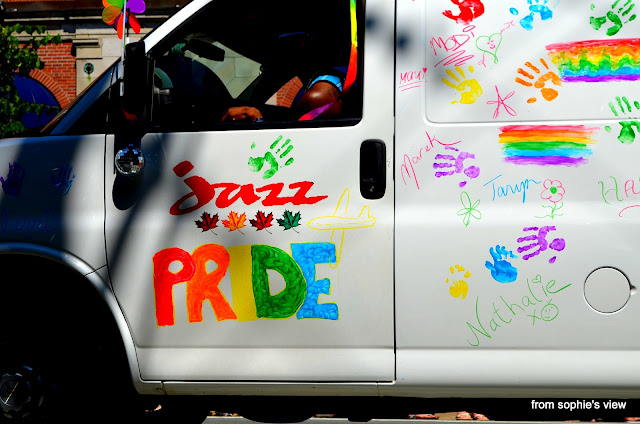 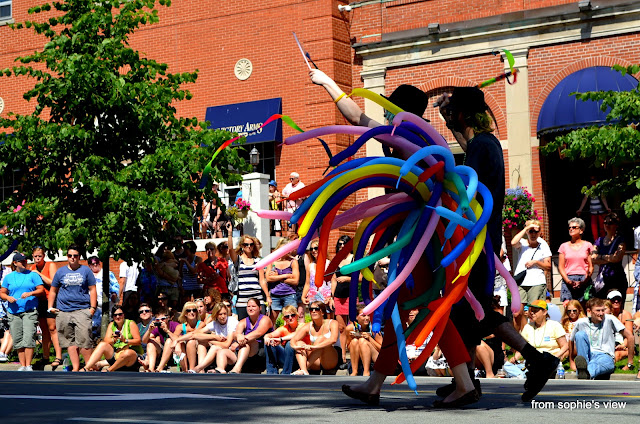 lots of rainbow colours growing out of peoples backs 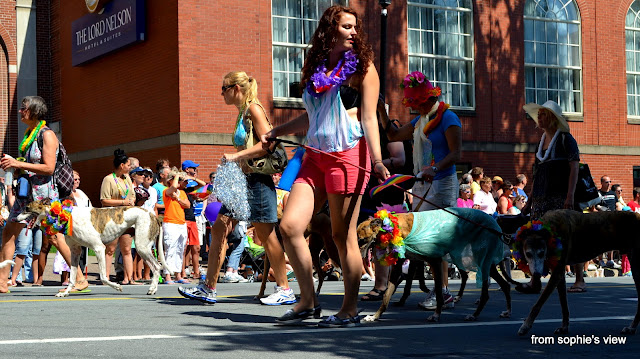 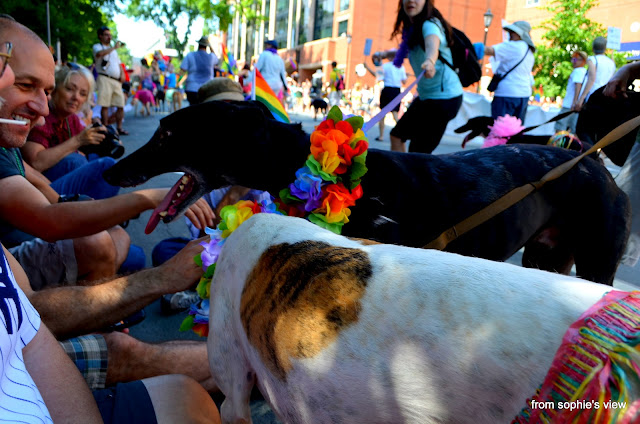 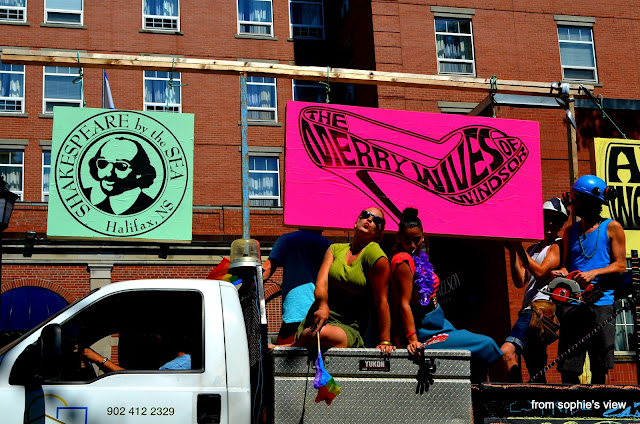 some actors hamming it up for the guys...
they always seem to do that for my guys!

See this little feller on the street?
He stole the show...he'd fall to the ground,
everyone would hoot and he jump up with punch
so much fun! 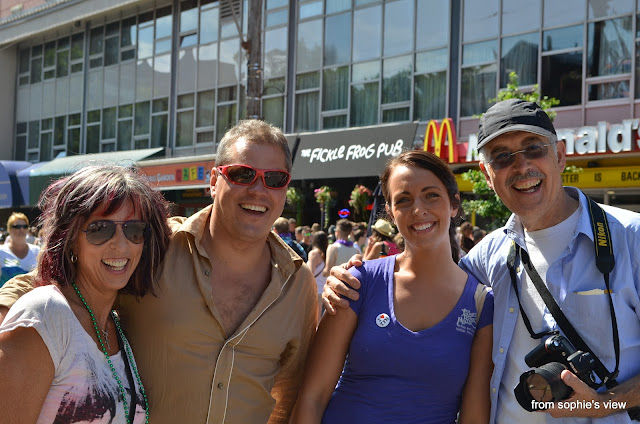 Posted by fromsophiesview at 8:47 PM