So over the hill Ron and I sauntered....
and down below was our beach
~~~Lawrencetown Beach~~~
so very calm today
with only a few waves pounding the shoreline.
The houses to the right have a large rock
buffer between them and the ocean....
Don't think I would want to live there
for love nor money! 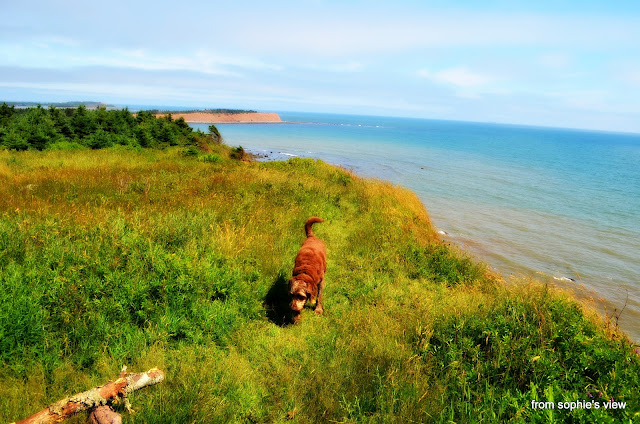 Down a small path on top of the jut of land
we crept to the edge of the cliff
and I was told to be super careful.
I have a tendency to get silly with heights...
dropping my ball and trying to retrieve it....
not a good idea
this high up from the water's edge. 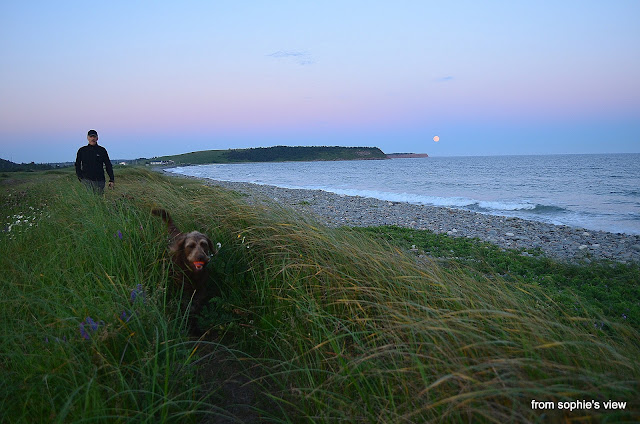 Just to give you some perspective....

So, do you see the Full Buck Moon
just rising over the second point of land?
Well, we were standing at the end of the 1st point of land
in the two pictures above.

Psst: Learned about the 'Full Buck Moon' just last week
here,
from a fellow Fber.....
apparently each month has a name for each Full Moon!
Now that 's cool!

So I hope the anticipation was worth waiting for...

Next time I'll show you
what we got for
FREE
from a coffee establishment!

Posted by fromsophiesview at 3:00 AM