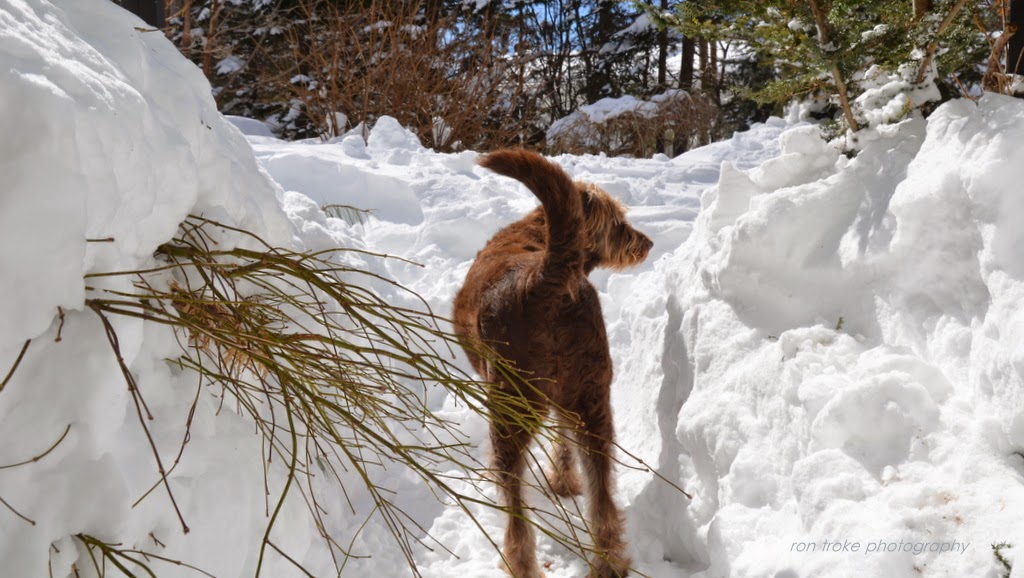 I spent most of yesterday helping Ron
build a path so we could get out of the back door.
(The smothered plant is one of our Japanese Maples, oy!) 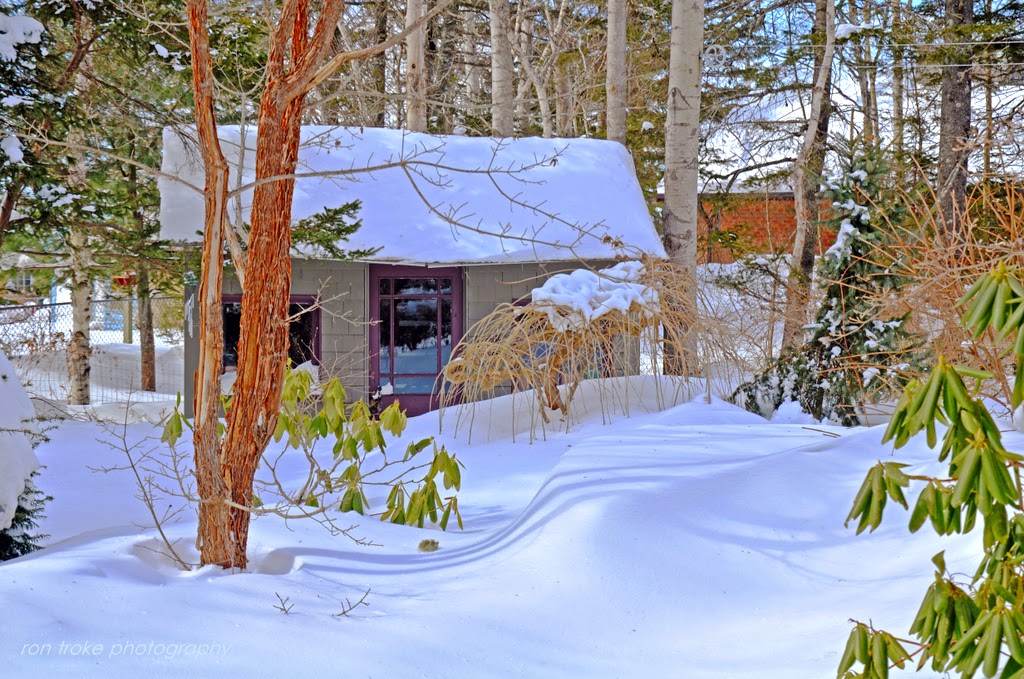 Not much chance we will get to the shed for awhile,
this snow stuff is deep / drifted and draining my energy. 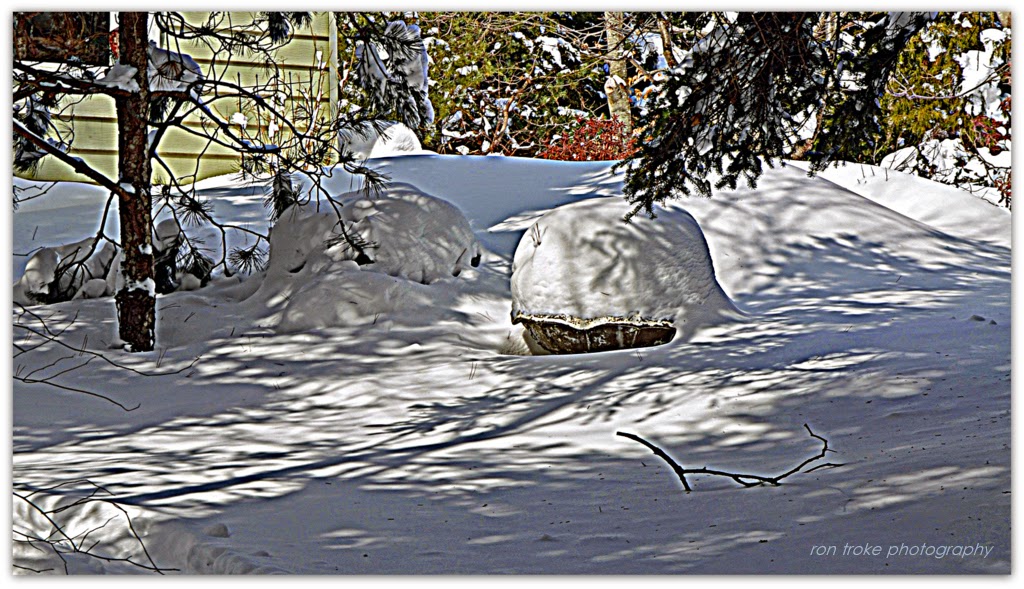 I don't expect the birds will be taking a bath too soon either.
We watch them from one of the living room windows,
but no way is anything taking over the birdbath except this snow! 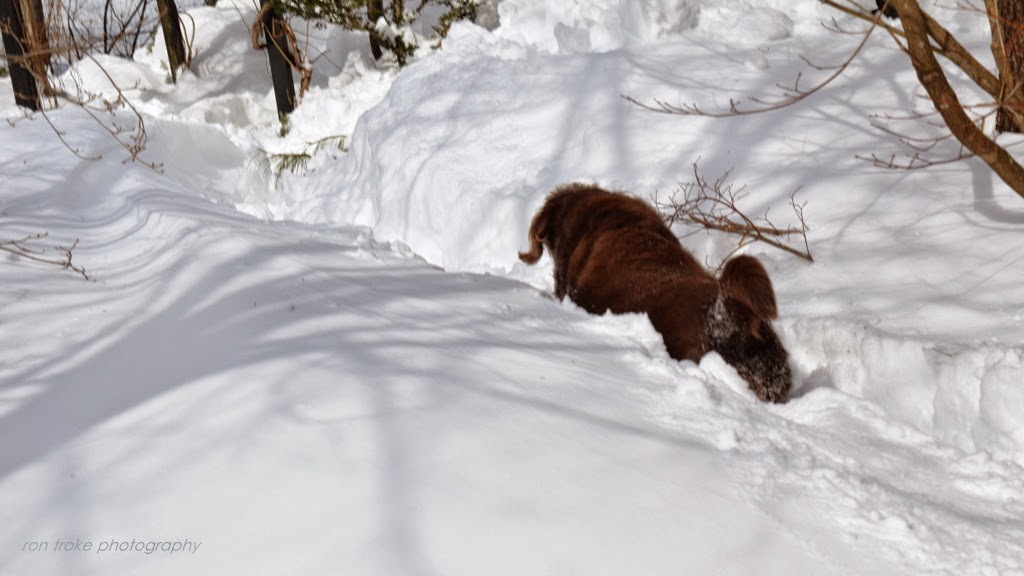 I follow my tracks along the very, very narrow path
which goes out the back door
over to the hemlock trees
and
then for some reason turns around
returning me home. 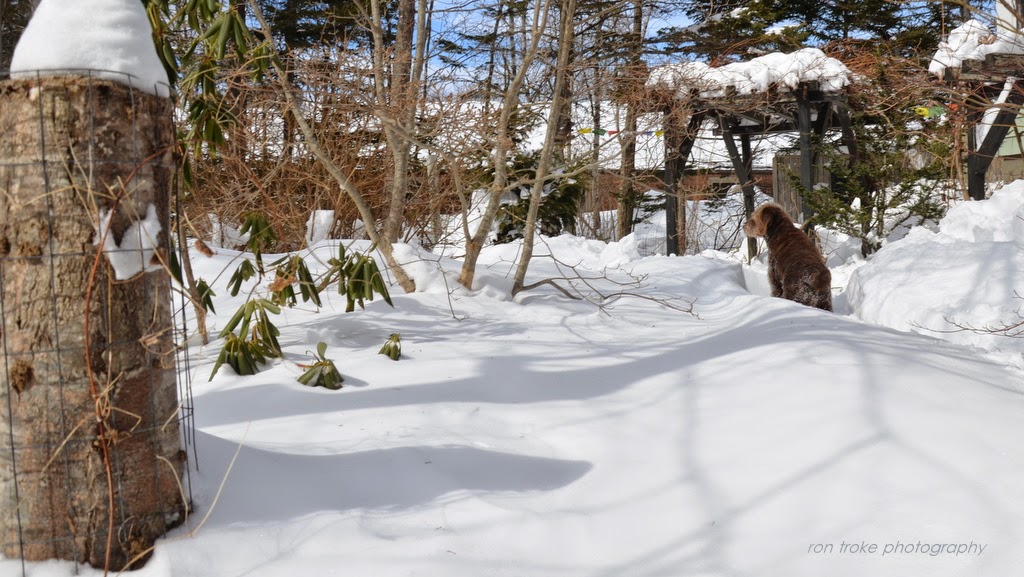 Sometimes I believe I hear the neighbour's two dogs.
They are super small,
so I'm worried about them
because the snow would swallow them up
so easily. 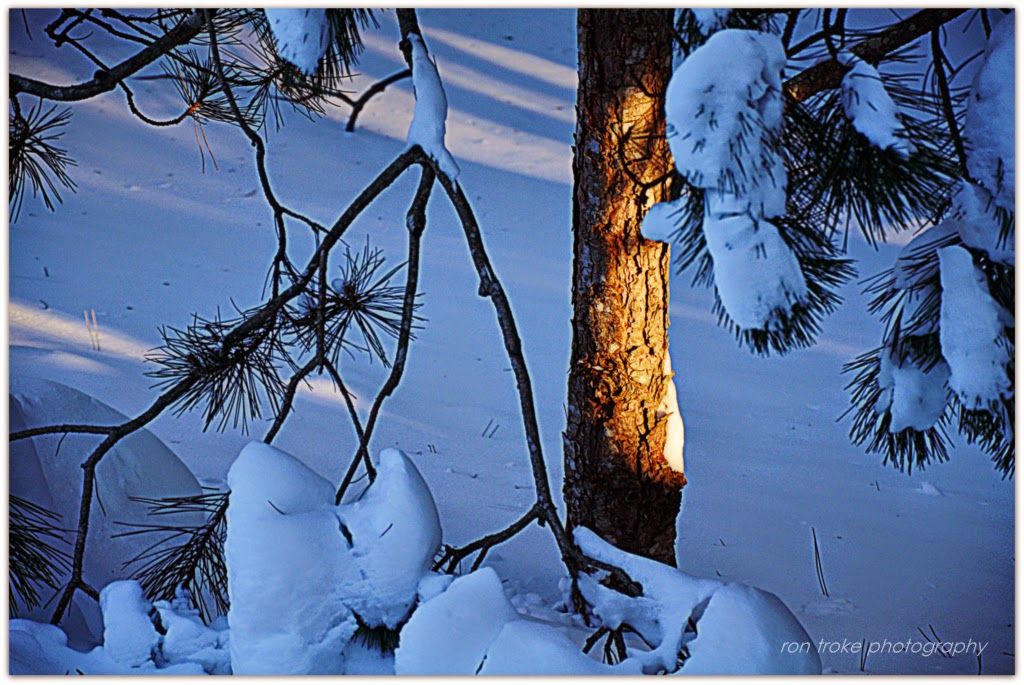 So this morning after the sun came up
we so appreciate the plowman's efforts
who finally arrived at 9 p.m.
with a monster snow eater upper!
We can now leave the house and restock the fridge. 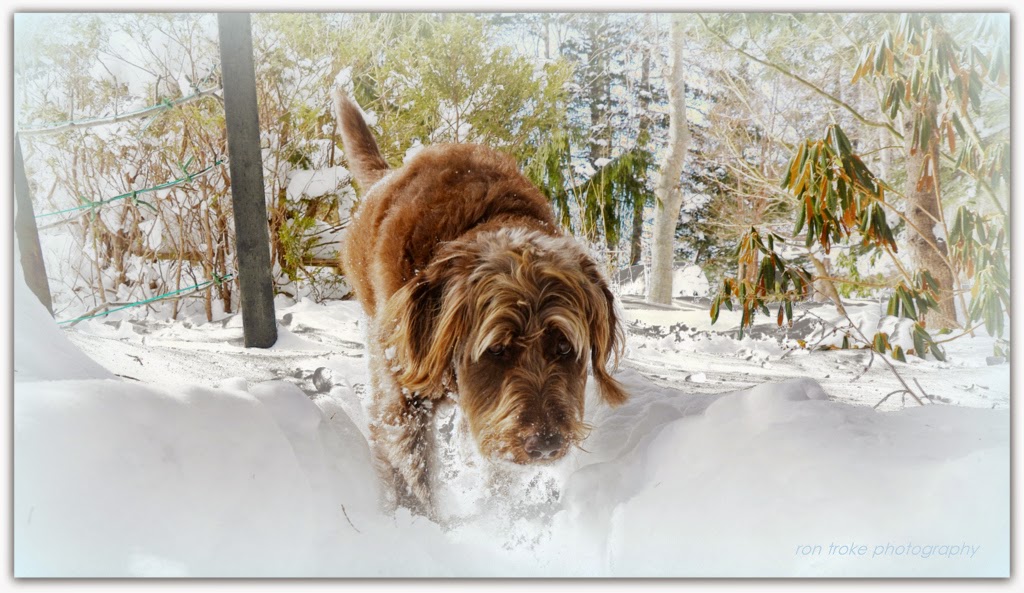 So I ran outside checked all the paths and the driveway.
Everything is A-OK,
so let's jump into the car and get my treats!

Posted by fromsophiesview at 9:27 PM