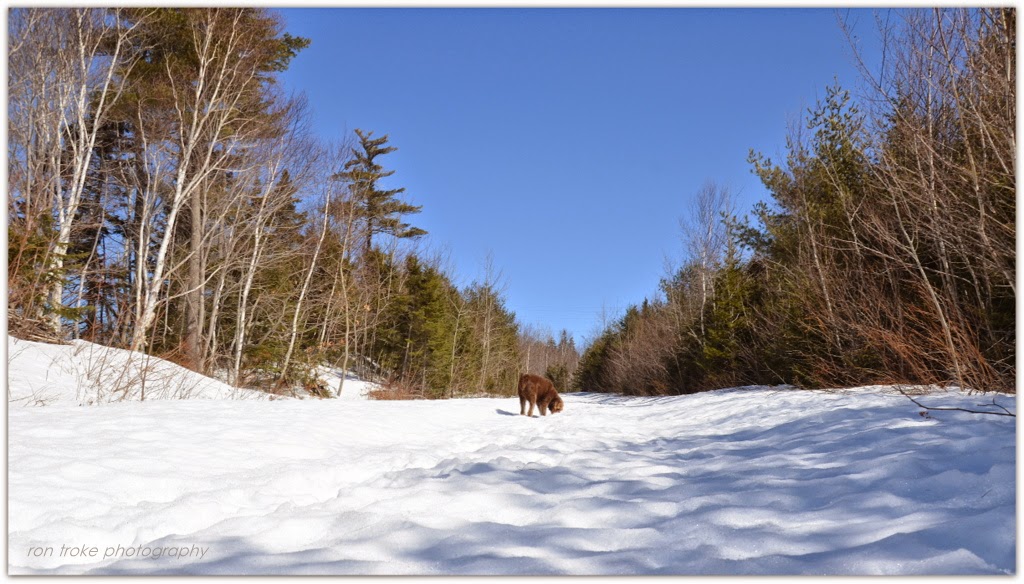 As usual, I've got my nose into something ~ 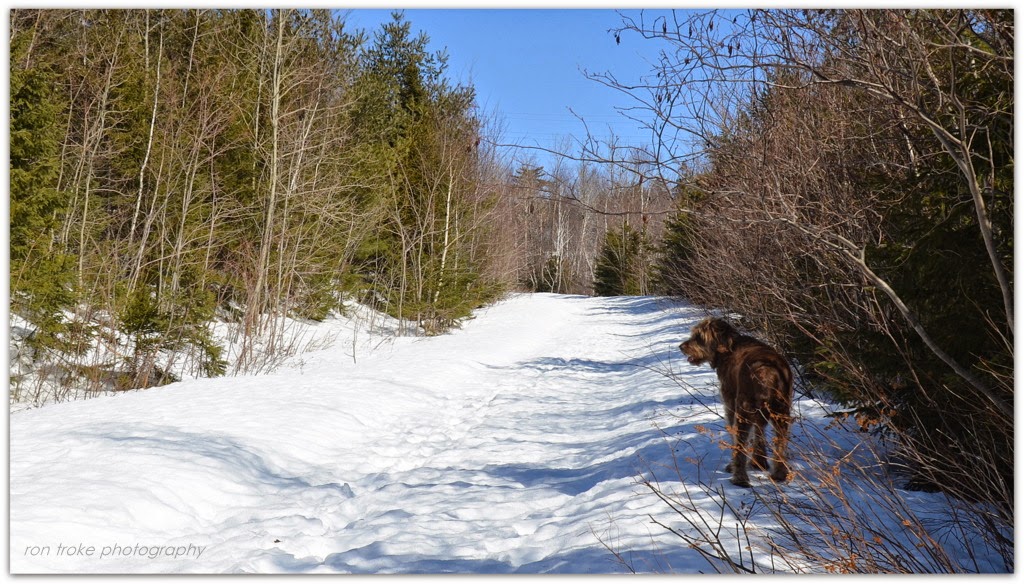 ~ as we venture up this trail that we discovered a few years ago.
Ron and I decided to try it while Jim was at work for the afternoon. 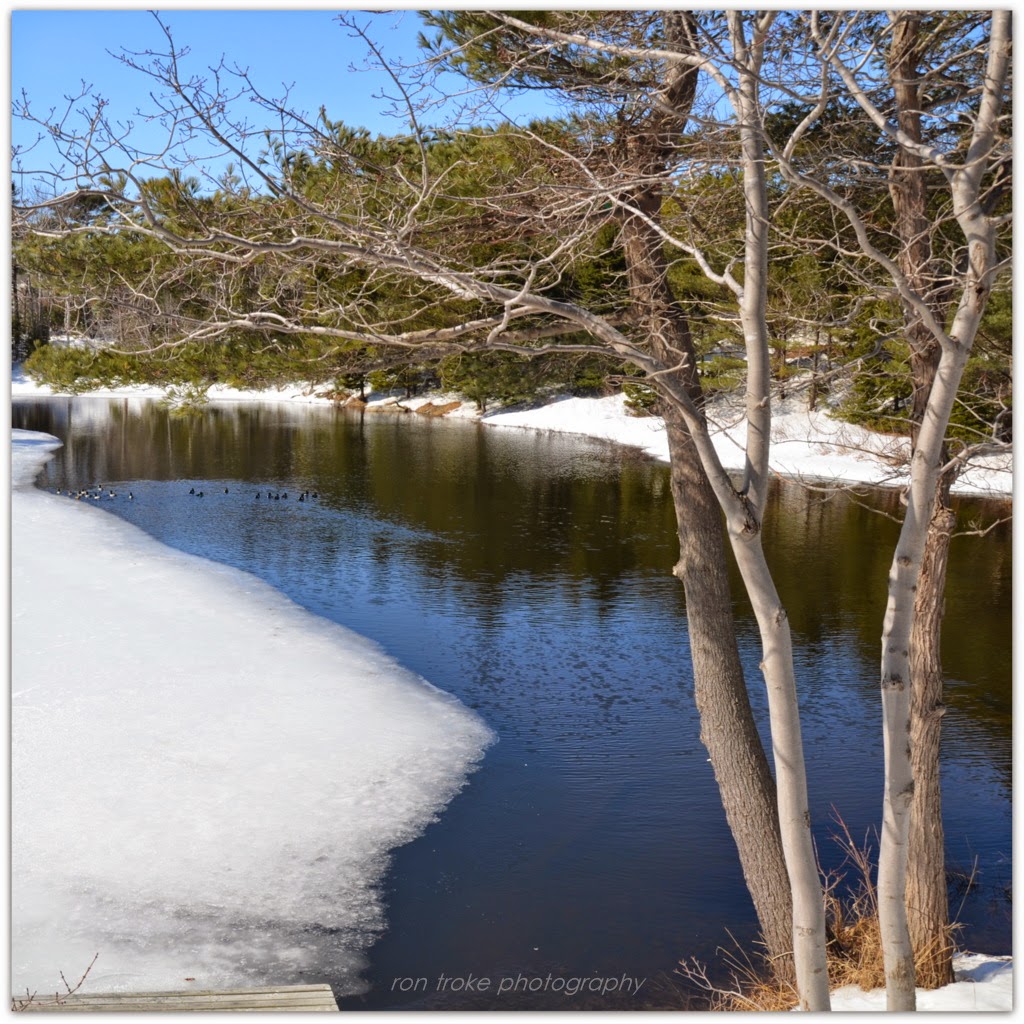 Before we started climbing the slope
we stopped and soaked up this view
~ pond and ducks ~
so tranquil. 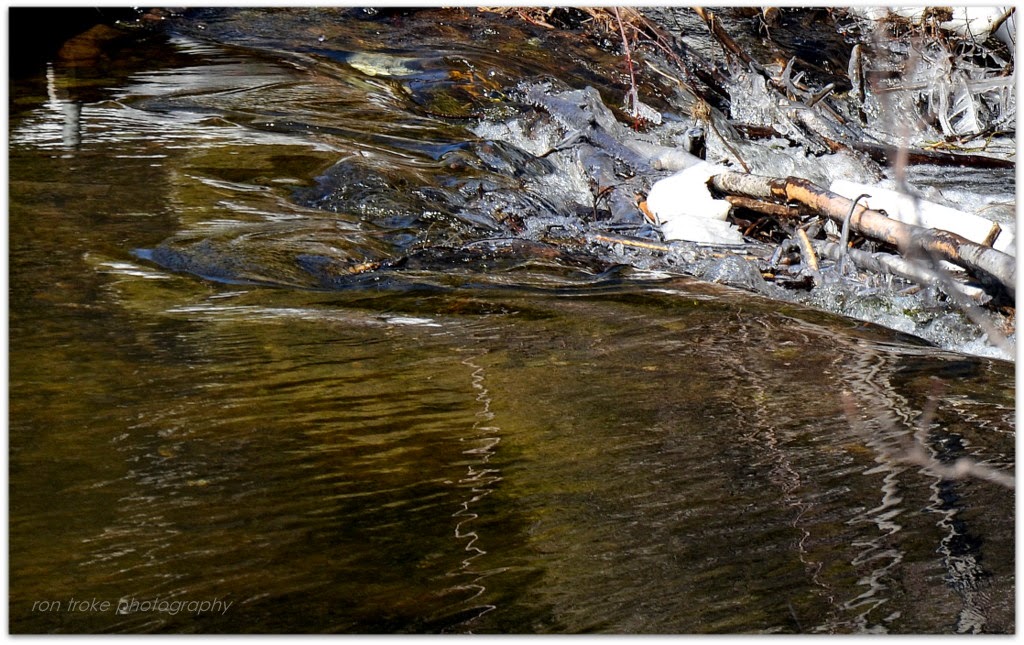 Just to the right the waters began to drop off
turning into a torrent
sweeping any unsuspecting branches and ice away. 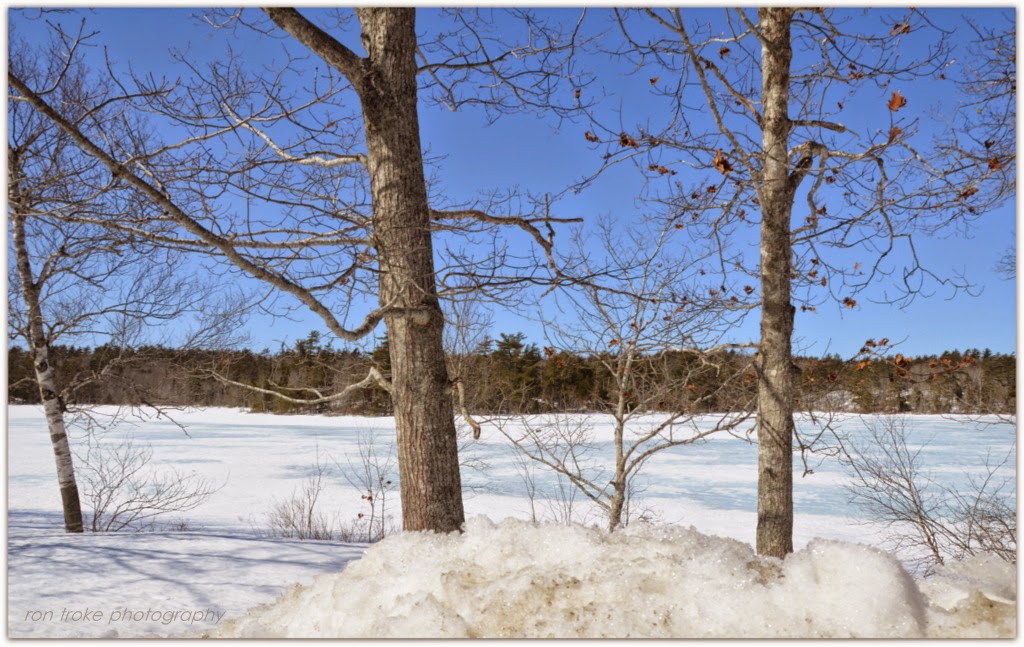 All around
the lakes are covered in pale teal blue
caused by the many changes in snow and ice layering.
The sunlight causes the various shades
and also appears differently
when it's foggy. 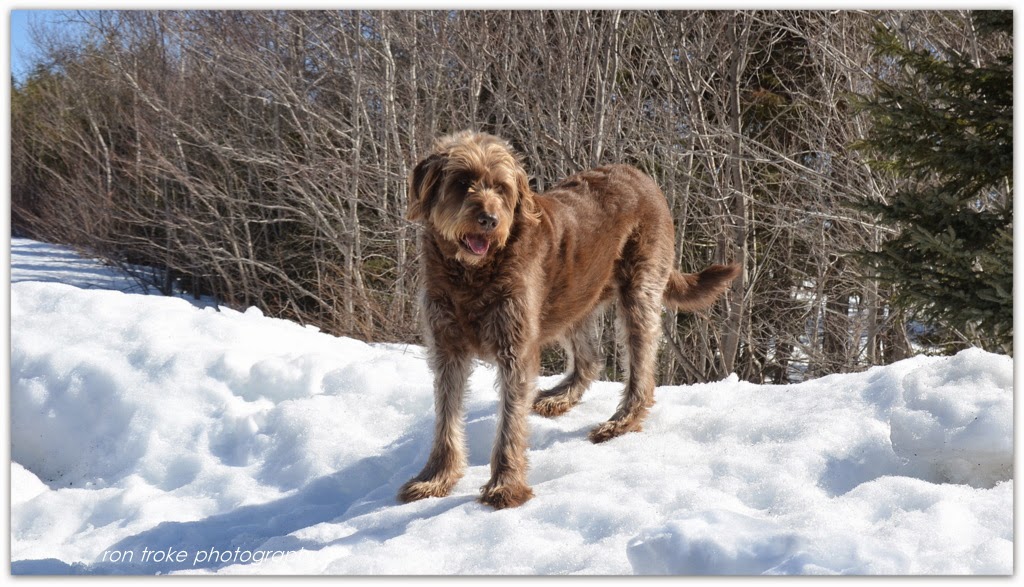 With all of that going on down below me
I really wanted to climb this slope
because I love to climb. 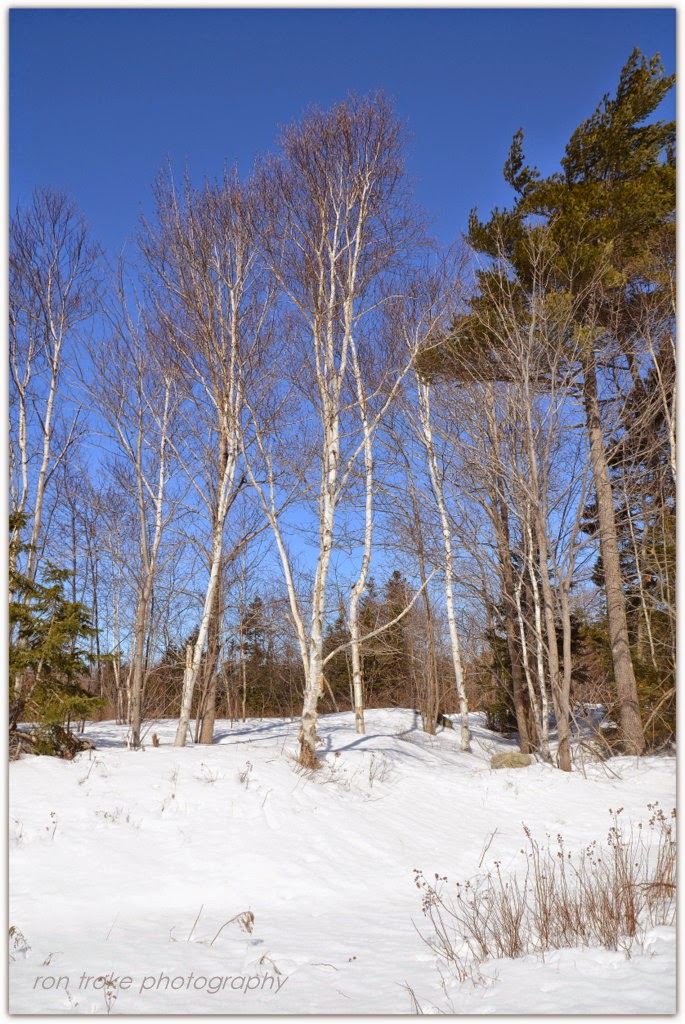 Birch groves were every where 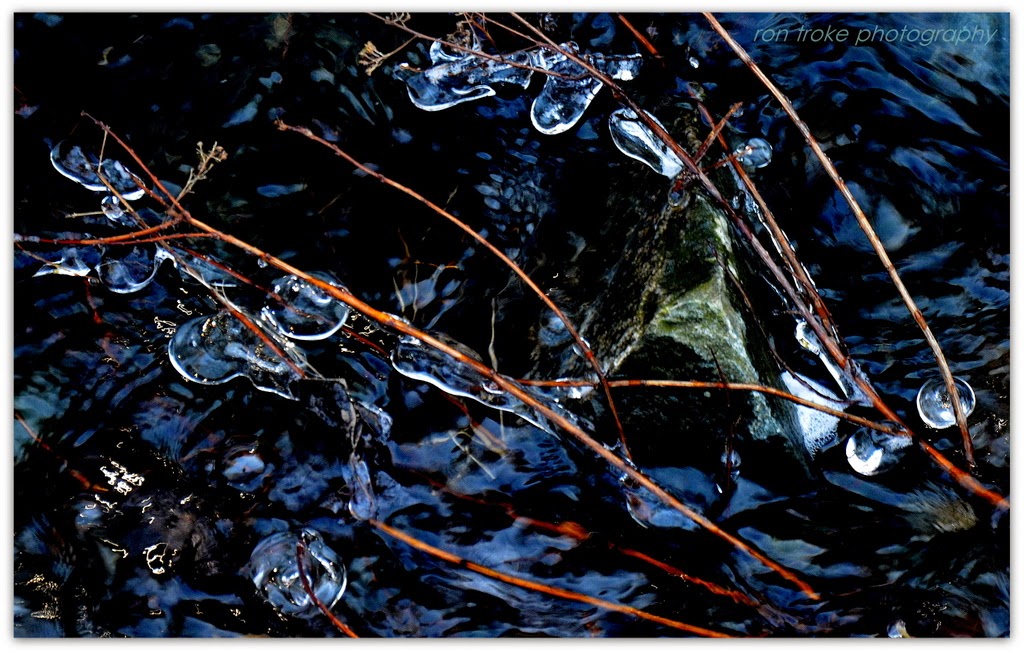 We even heard and saw this stream hiding off to the side
which I do believe worked it's way down to that pond I showed you. 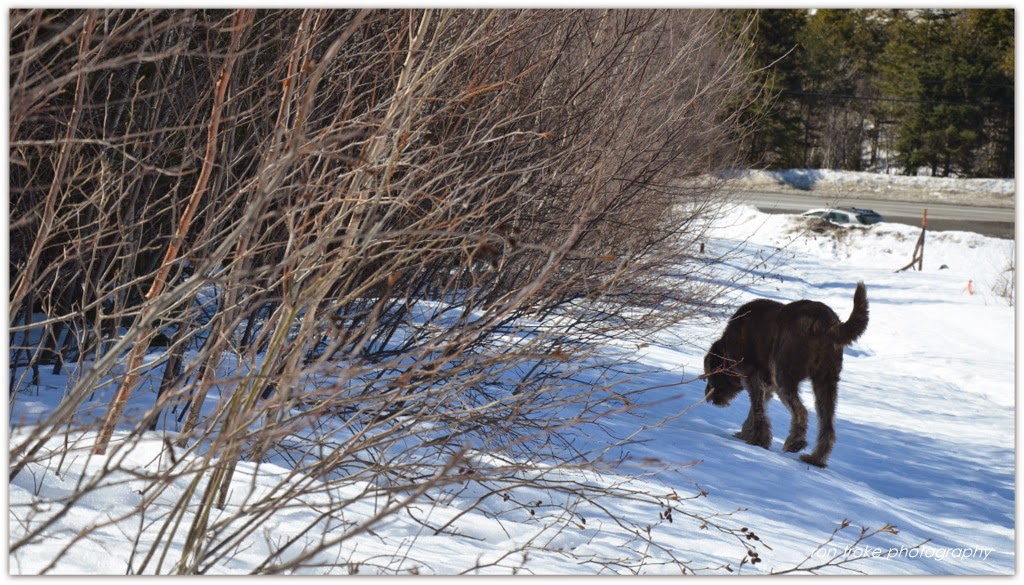 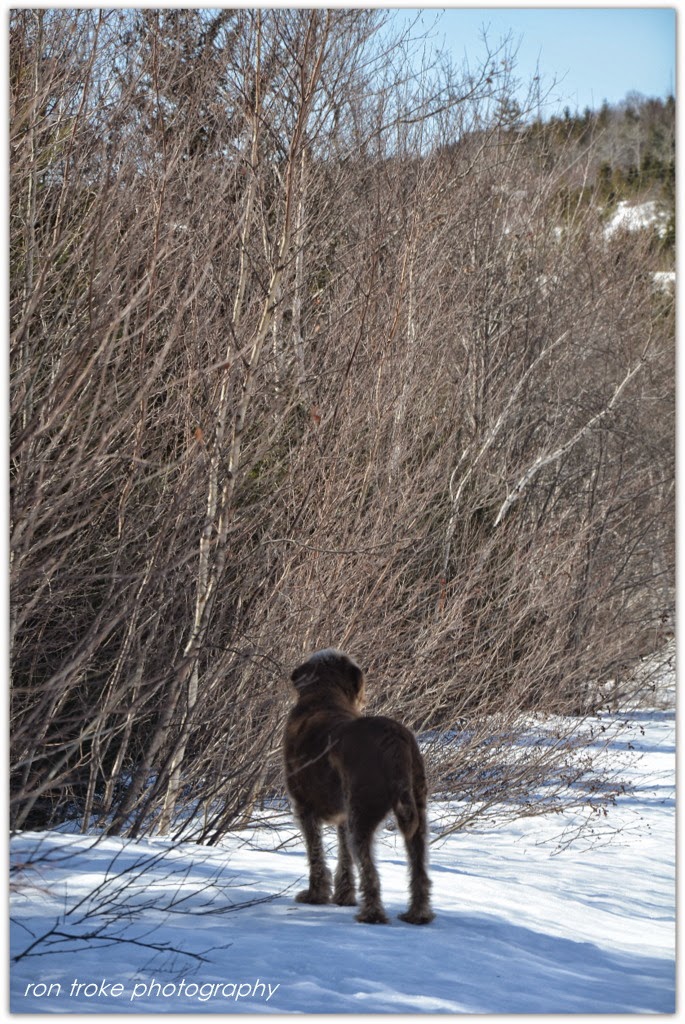 I hear sounds that make me want to investigate
and
believe you me
I WOULD INVESTIGATE! 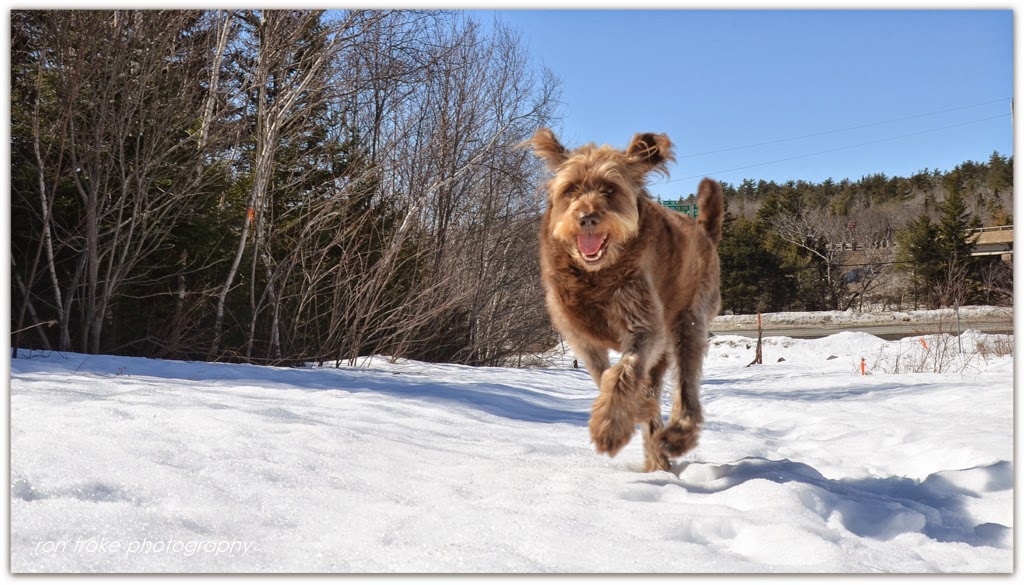 But I listen this time
because
I AM HAPPY!
(what gives it away!)
Posted by fromsophiesview at 10:40 AM